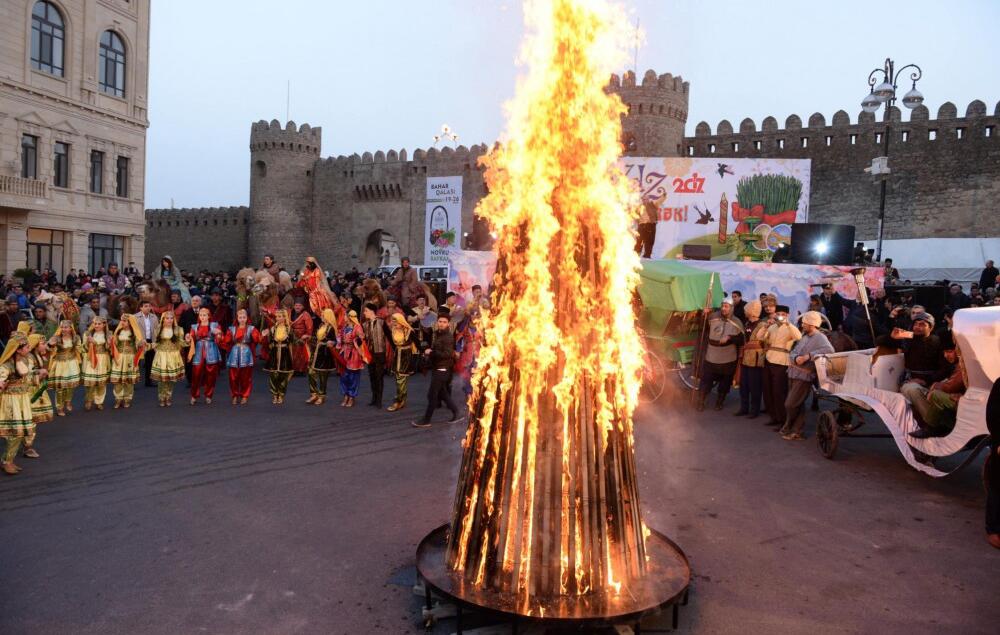 In the development of independent Azerbaijan, in the process of modern state building in the country, along with universal principles and experience, the ancient historical heritage, and cultural and spiritual values of the people are of special importance.

The unrepeatable customs and traditions that have been formed for thousands of years and show that the Azerbaijani people have high moral values play the role of an unbreakable spiritual bridge between the past and the present and the future of a nation.

It is the people who are the creators of customs and traditions at all times, who protect and enrich them and pass them on to future generations. Holiday traditions, weddings, mourning ceremonies, and values of Islam promoting human feelings of the Azerbaijani people determine their national and spiritual identity. Nowruz holiday takes a special place in the system of national moral values, which includes the rich traditions of the people. Nowruz table shows the richness of customs and traditions. So, on Wednesdays or on the evening of Nowruz, there should be national dishes on the table, and the most important thing is pilaf. Shakarbura, baklava, sugar bread and other sweets, raisins, pistachios, almonds, and painted eggs decorate the tables. As on Wednesdays, bonfires are made on Nowruz evening, and candles are lit in the names of each family member.

Wedding celebrations in Azerbaijan are also based on ancient and rich folk traditions. The traditions of going on a mission, wearing a badge, and weddings have deep roots.

Along with these or other achievements, Azerbaijan is already a model for the world, rich in traditions of tolerance and tolerance, even in existing inter-religious and inter-ethnic relations. The construction and repair of a large number of mosques in the country in recent years is an example of devotion to religious roots and traditions. At the same time, it is appropriate to highlight mosques such as Bibiheybat, Tazapir, Ajdarbey, and Shamakhi. Recently, the construction of the magnificent Heydar Mosque, the largest mosque in the Caucasus, is an indicator of Azerbaijan's commitment to religious traditions.

The Heydar Aliyev Foundation provides great services in the work done in the direction of the development of national culture and its delivery to the world.

With the support of the Heydar Aliyev Foundation, exhibitions of Azerbaijani art representatives are regularly held in foreign countries, and examples of national culture are displayed at various events, concerts, and international exhibitions.

President of Azerbaijan Ilham Aliyev has taken a number of steps in the direction of further development of traditions, art, and culture preserved until today. By the order of the President, the construction of the International Mugham Center in Baku, the construction of the Carpet Museum, the creation of new museums and music schools in the regions, etc. It is a focus on ancient and rich cultural heritage.

International events of this type held in regions and cities freed from the occupation are also of exceptional importance in terms of preserving and promoting Azerbaijani culture. With such events, the promotion of Azerbaijan's history of statehood, national traditions, science, and culture is carried out in a more visible way.

The article focuses on the promotion of Azerbaijan's history of statehood, national traditions, science and culture