President: Azerbaijani athletes’ winning medals in a total of 19 sports shows that sports are developing well in our country 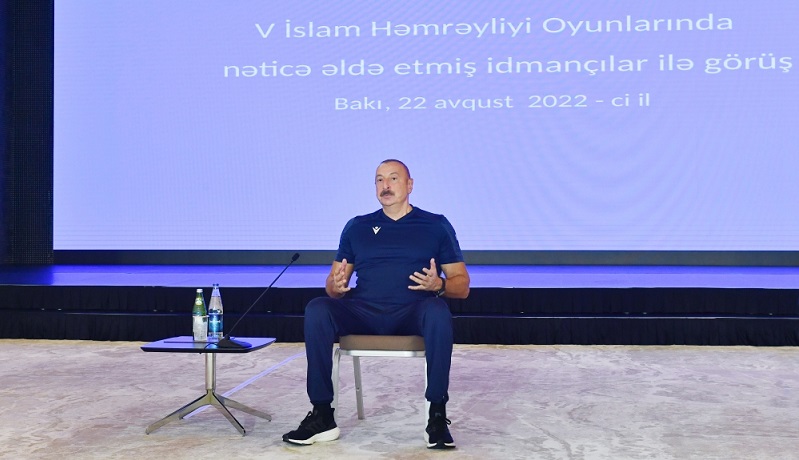 “It is very gratifying that our athletes won medals in a total of 19 sports. This shows that many types of sports are developing well in our country,” said President Ilham Aliyev in his speech at a meeting with the athletes who succeeded in the 5th Islamic Solidarity Games.

“Of course, coming first – if it is at all possible to say so – are wrestlers, who have won 23 medals, including eight gold. And this is also natural because wrestling is our national sport and we have traditionally been successful in wrestling. Coming second are representatives of gymnastics. Our athletes have won 17 medals in three types of gymnastics, including eight gold. In third place are non-Olympic sports – kickboxing athletes. The number of medals they have won is 15, and three of them are gold medals. So this is a huge achievement indeed because more than 50 countries participated in these Games and, as I said earlier, the competition was very close,” the head of state emphasized.