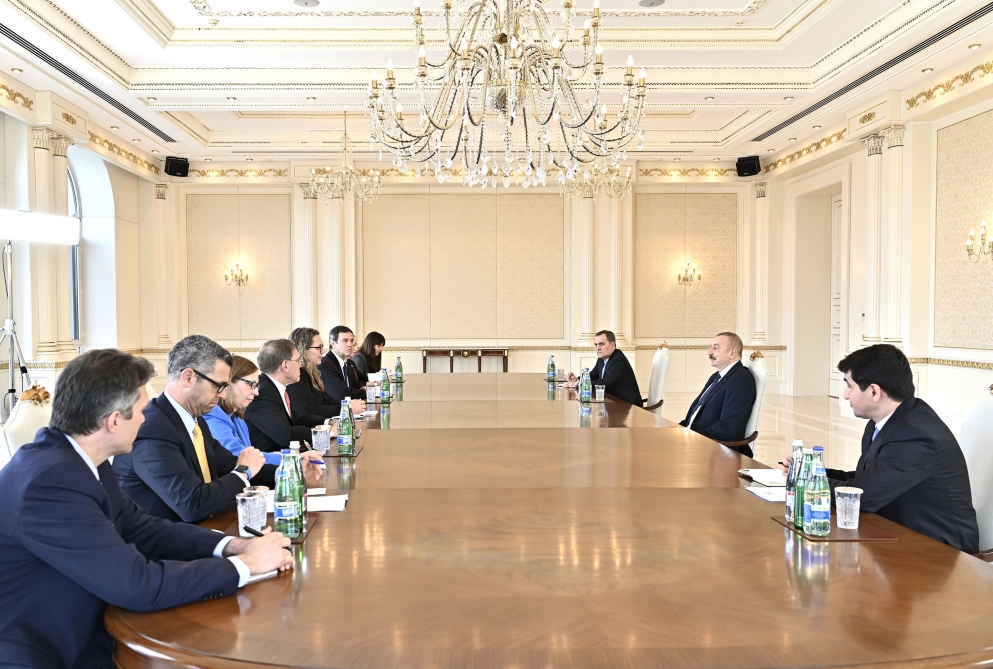 President of the Republic of Azerbaijan Ilham Aliyev has received a delegation led by US Deputy Assistant Secretary of State overseeing policy for Southern Europe and the Caucasus Erika Olson, News.az reports.

The sides also exchanged views on regional issues, discussed the normalization of relations between Azerbaijan and Armenia and the preparation of a peace agreement, as well as the opening of communications. President Ilham Aliyev said that the Azerbaijani delegation was ready to start negotiations on a peace agreement.

The head of state pointed to the devastation Armenia unleashed on Azerbaijani territories during the almost 30 years of occupation, the destruction of material and cultural traditions, including more than 60 mosques, and their use as stables. Noting that Armenia had planted a large number of mines in the territories during the occupation, President Ilham Aliyev stressed the problem of landmines Azerbaijan was currently facing, and stressed the importance of US support in this regard.

During the conversation, the head of state said that more than 4,000 of Azerbaijanis had gone missing since the first Karabakh war, many of whom had been tortured, killed and buried in mass graves by Armenia. He stressed the importance of providing information on the location of these cemeteries by Armenia, underlining the need for the support of the US government in this regard.

The sides also exchanged views on ensuring lasting peace, stability and security in the region and other issues of mutual interest.