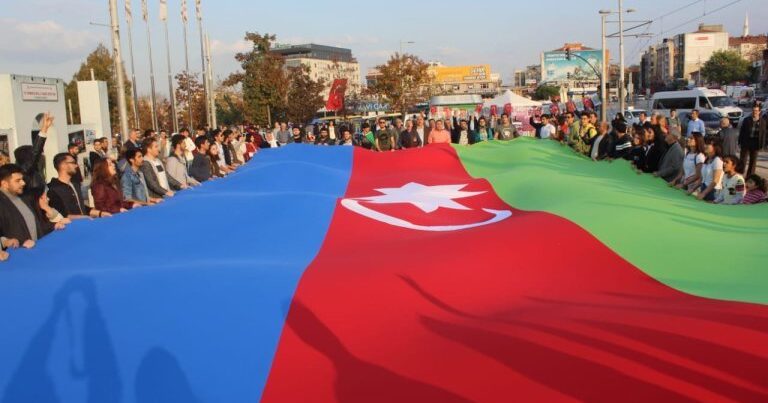 Each nation has its own traditions, history, culture, values, customs, and national characteristics. These factors constitute the national ideology of the people as a whole.

Azerbaijanism, as a national state ideology, is a value system based on the Constitution of the Republic of Azerbaijan, serving the independence of Azerbaijan, its development as a legal and democratic state, and the protection of its national security.

Based on strong foundations, it contains a unifying, conciliatory, solidarity mission.

The establishment, strengthening, and development of the state based on stable foundations takes place on the basis of the national ideology of that state.

Despite Azerbaijan being under the occupation of Soviet Russia for 70 years, people did not forget its identity and managed to preserve its national identity until independence.

After 70 years, at the end of the 80s, a national liberation movement took place in Azerbaijan. Millions of people gathered in Azadlig square in Baku. The people's movement took a mass character not only in Baku but also in Nakhchivan, Ganja, and Lankaran. The people gathered in the squares demanded the independence of Azerbaijan. "Sovereignty!", "Freedom!" slogans were chanted. The Soviet army managed to suppress the "Meydan movement". Thousands of freedom-loving people were arrested and imprisoned.

Not long after, the Soviet army committed a massacre that will remain forever in the memory of the Azerbaijani people. On the night of January 19-20, 1990, military units of the former Soviet Union entered Baku without declaring a state of emergency and killed the civilian population. As a result, hundreds of people were killed and injured.

Meanwhile, as a result of Armenia's aggressive policy against Azerbaijan, 20 percent of the lands were occupied.

However, it was not possible to break the will of the people to fight. Finally, the people of Azerbaijan regained their independence on October 18, 1991.

National leader Heydar Aliyev, at the First Congress of the World Azerbaijanis, said that the main idea of the independent state of Azerbaijan is Azerbaijanism.

It was the people united by the ideology of Azerbaijanism that put an end to the nearly 30-year occupation. During the 44-day Patriotic war, the people united as one fist under the leadership of Victorious Supreme Commander-in-Chief, President of Azerbaijan Ilham Aliyev, and fought together against the Armenian occupants and gained victory, and liberated occupied territories, this shows that the ideology of Azerbaijanism is properly propagated in and outside of the country.

The article focuses on the Propagation of the concept of Azerbaijanism