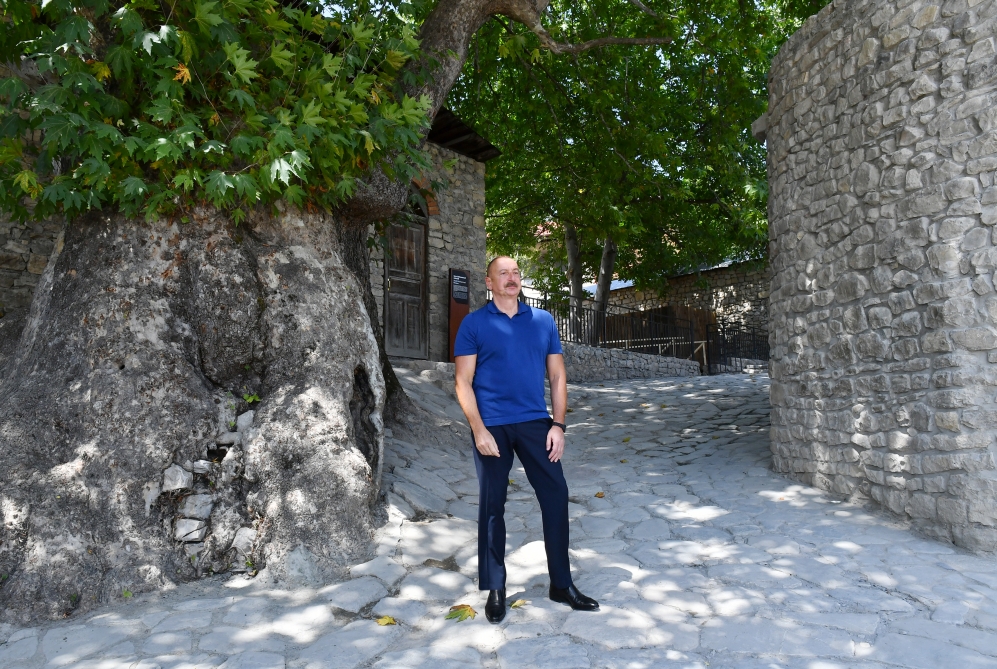 “Basgal is one of our ancient villages, it is a place with a unique history. Of course, I would very much like the historical appearance of this place to be preserved and better conditions to be created for the people living here. We have done this too,” said President of the Republic of Azerbaijan Ilham Aliyev as he was interviewed by the Azerbaijan Television in Basgal settlement, News.az reports.

Noting that he had signed a special decree on the development of Basgal settlement and the protection of its historical appearance a few years ago, the head of state said that about 50 percent of the work carried out by the State Tourism Agency had already been completed on the basis of that decree. “I am sure that the settlement of Basgal, like the settlement of Lahij, will reveal its face to the whole world as an ancient historical place of residence of this region. In other words, both citizens of Azerbaijan and visitors to our country are visiting Lahij all the time now. I am sure that the same fate is in store for Basgal settlement. For this purpose, the conservation of this historical place of residence and the protection of its historical appearance are of special importance,” President Ilham Aliyev said.