Reconstruction of Ukraine is a "common task" of the democratic world, Zelensky says 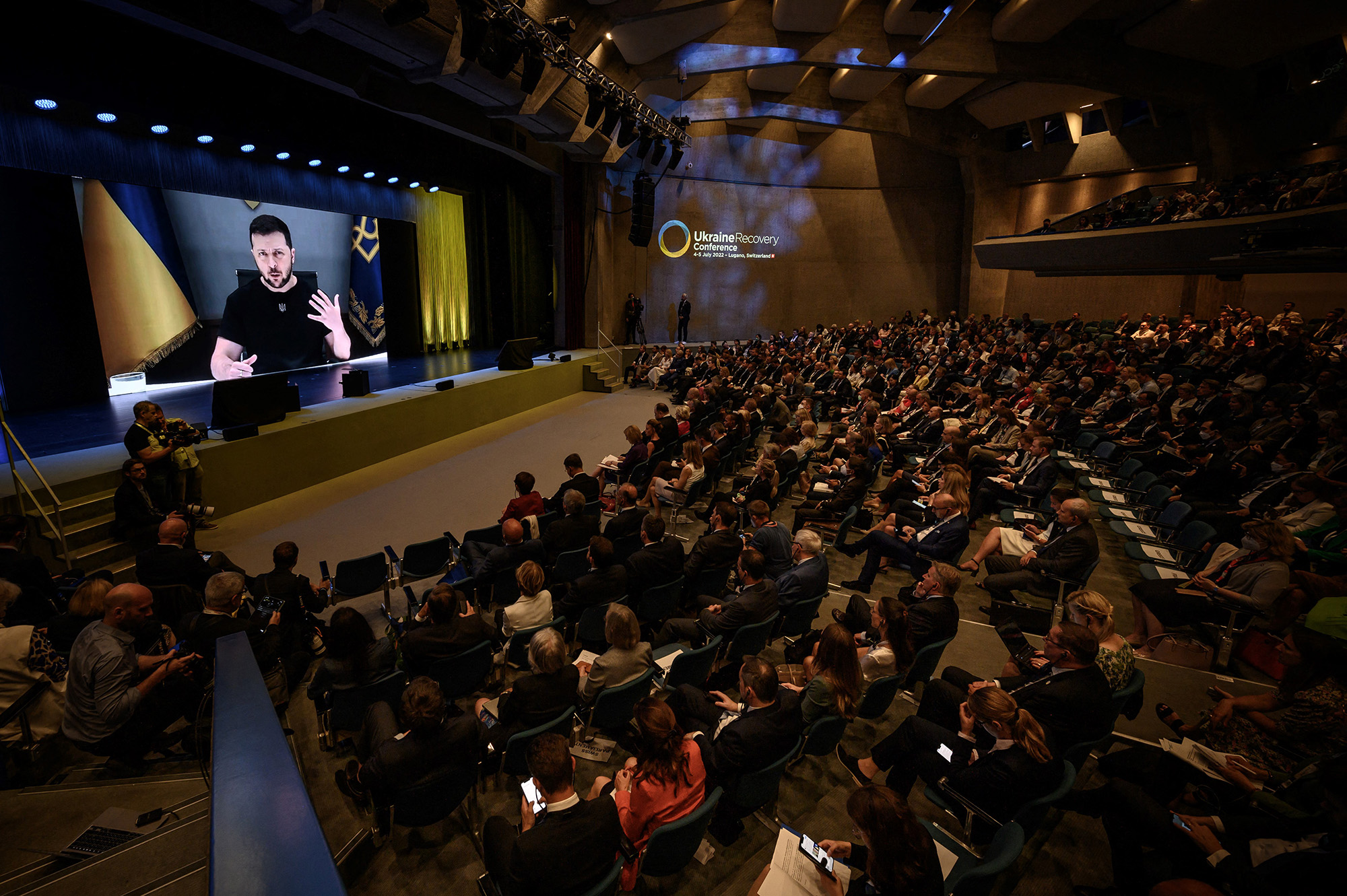 "The reconstruction of Ukraine is not a local project. It's not a project of one nation, but a common task of the entire democratic world, all countries who can say that they are civilized," Zelensky said in the virtual address.

This reconstruction also implies "an opportunity for our countries and our companies and our specialists to show why freedom is mightier than any tyranny," he added.

European Commission President Ursula Von der Leyen announced on Monday that the European Union has proposed setting up a reconstruction platform to help the Ukrainian government rebuild the country after the war with Russia.

“The European Commission has proposed to the government of Ukraine to set up a reconstruction platform to map investment needs, to coordinate action, to channel resources and, of course, in support of an ambitious reform agenda," Von der Leyen said during the opening ceremony of the Ukraine recovery conference.

"This platform will be the place to shape strategic orientations and priorities for our common work,” she added.

Von der Leyen also said the platform will “focus on future-proof reconstruction, moving towards climate neutrality, embracing the digital decade [and] building a social market economy that leaves no one behind.”

She went on to say that the Kremlin's aim is to “undermine Ukraine’s very existence as a state,” the "the military, political and economic destruction" of the country and that the European Union “will never let that happen."

Von der Leyen added that the EU has already mobilized 6.2 billion euros in financial support and that “more has to come and more will come.”

Ukrainian Prime Minister Denys Shmyhal reiterated the need for financial assistance in his speech at the conference, saying that the country’s recovery plan will cost an estimated $750 billion. Shmyhal said confiscated Russian assets should be a key source of funding.

“Who should pay for the recovery plan which is already estimated at $750 billion? We believe that the key source of recovery should be the confiscated assets of Russia and Russian oligarchs. The Russian authorities unleashed this bloody war. They caused this massive destruction and they should be held accountable for it,” Shmyhal said during the conference, adding that “Russia’s frozen assets, according to various estimates, range from $300 billion to $500 billion.”

According to the Ukrainian prime minister, other sources of funding for the recovery plan should include grants and soft loans from international financial organizations and partner countries, private sector investments and off-budget contributions from individuals and corporations as well as Ukraine’s own budget funds.

“More than 1,200 education institutions, more than 200 hospitals, thousands of kilometers of gas pipelines, water, and electricity network, roads and railways were destroyed or damaged,” Shmyhal said.