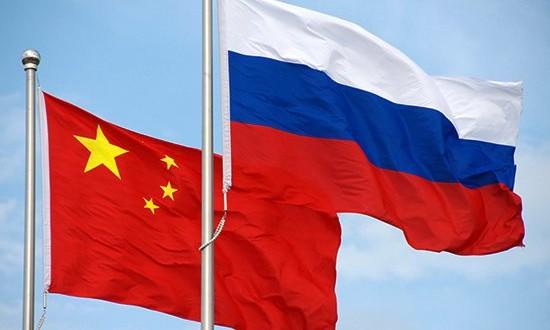 Russia and China will expand cooperation in the development and use of power equipment, Russian Deputy Prime Minister Alexander Novak said in an interview with Rossiya 24 TV channel after a meeting of the Russian-Chinese intergovernmental commission on Friday, News.az reports citing TASS.

"Of course, there are new areas that we will develop in the future. Cooperation in the hydrogen energy sector, the introduction of modern digital technologies, collaborative manufacturing and development of energy-related equipment for both the Russian and Chinese energy sectors," Novak said.

Novak added that trade turnover between Russia and China in the energy sector increased by 64% in monetary terms and by 10% in physical terms. "China as our strategic partner in the Asia-Pacific region and in our trade in general. Our trade turnover in the energy sector has increased dramatically, rising by about 64% in monetary terms. In physical terms, oil and gas supplies, as well as coal and electricity supplies increased by around 10%," he said.

The government noted in a press release that Novak stressed that relations between Russia and China are not influenced by external market changes and based on common fundamental interests and deep mutual trust and respect.

At the same time, Russia and China are expected to sign an intergovernmental agreement on gas supplies to China over the Far Eastern route in the near future, Novak said. "The agreement was signed between Gazprom and the China National Petroleum Corporation on supplies of ten bln cubic meters of gas more over the Far Eastern route. We are to reach signing of an intergovernmental agreement shortly -this is the project that will be in the future," he noted.

The two countries continue talks on implementation of the project for gas supplies over the Power of Siberia 2 gas pipeline, the official said. Payments for supplies of oil and petroleum products are also being proactively shifted to national currencies of Russia and China, Novak added.