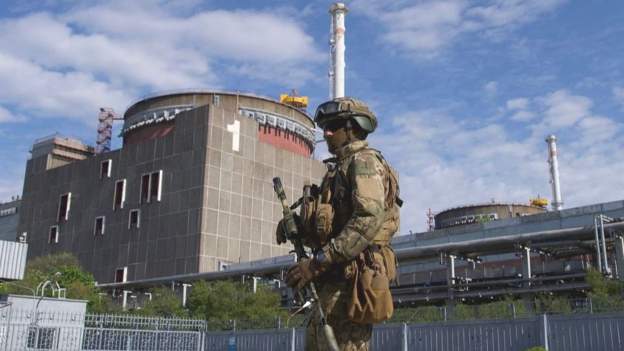 It is Europe's biggest nuclear plant, generating more than half of Ukraine's nuclear power and 20% of the country's total electricity supply.

In a statement posted on the Russian foreign ministry website, Zakharova said: "We again stress that the placing under protection by Russian military personnel of the Zaporizhzhya nuclear power plant was justified from the point of view of preventing a leak of nuclear and radioactive materials at a nuclear facility that happened to be in the zone of the special military operation."

Her comments came in response to a statement from the International Atomic Energy Agency (IAEA) that it was seeking to visit the plant to check plutonium and enriched uranium was not being diverted to other uses.

Zakharova dismissed the IAEA's concerns, saying the uranium was low-enriched and plutonium was in spent fuel and could not be separated "without the use of quite complex equipment that only several countries have".