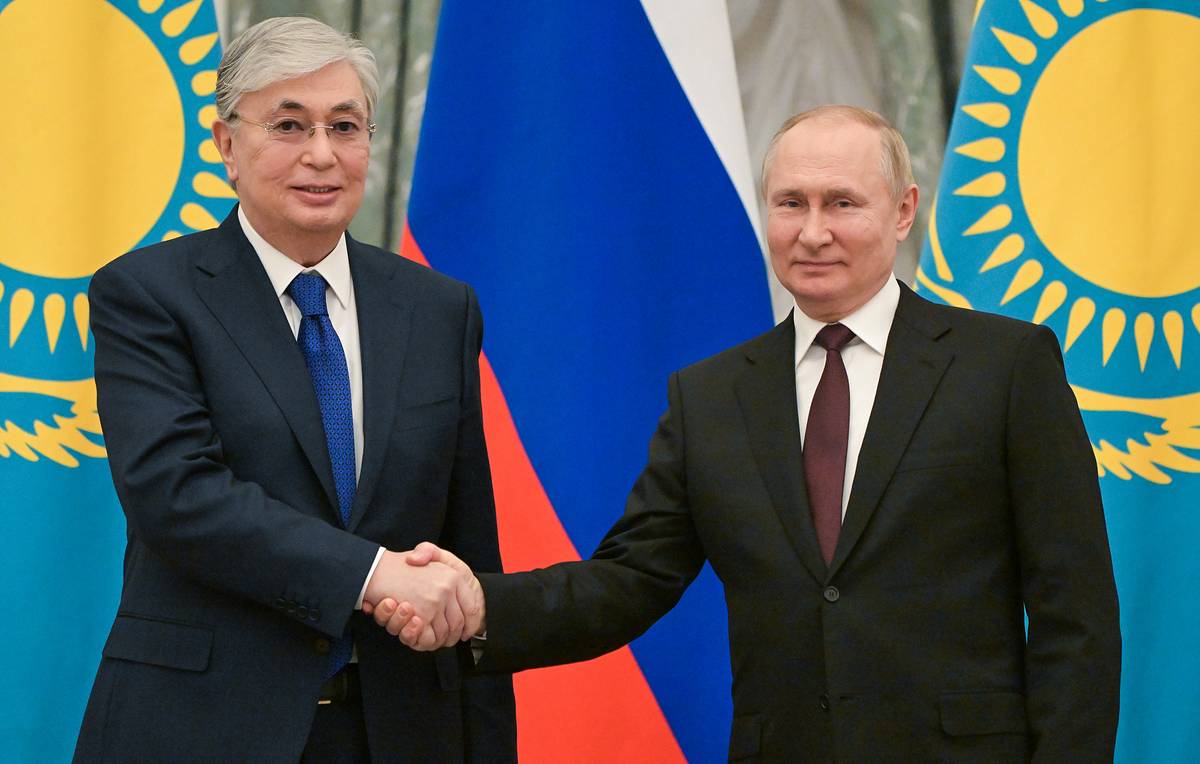 Tokayev thanked Putin for his congratulations on his reelection as the President of Kazakhstan and noted exemplary relations between the two states.

Tokayev said that Russia is and remains the main strategic partner, the country with common deep-rooted relations in various sectors. The trade between the states despite pandemic-related hardships reached USD 24.5 bln.

Following the meeting, the presidents signed the declaration between Kazakhstan and Russia on the occasion of the 30th anniversary of diplomatic relations.

Russia’s President Vladimir Putin will today hold a meeting with his Kazakh counterpart Kassym-Jomart Tokayev who is on a visit to Moscow, News.Az reports citing Russian media.

Following his re-election, Tokayev paid the first official visit to Moscow at the invitation of his Russian counterpart.

“During the talks, the two leaders are expected to discuss further development of Russian-Kazakhstani relations of strategic partnership and alliance, as well as prospects for cooperation within the framework of integration alliances in the Eurasian space,” Kremlin Spokesman Dmitry Peskov said earlier.

It is planned to sign a number of bilateral documents, including a Russian-Kazakh declaration marking the 30th anniversary of diplomatic relations between the two countries.