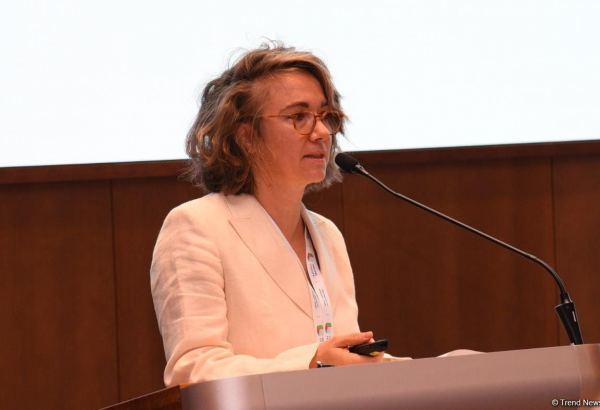 The goal is to create 'cities of the future' on the liberated territories of Azerbaijan, Founder of sa_partners Swiss company Dunja Kovari said during Azerbaijan National Urban Forum on the topic 'Sustainable Development Goals and the New Urban Agenda - as the leading force for restoration and reconstruction in the post-conflict period', News.az reports.

"The issues of greening will be in the center of attention according to the plan for the restoration of Zangilan city. The company wants to preserve the existing nature of the city and make sure it has a lot of parks," she stated.

Regarding the plan for the restoration of Kalbajar city, Kovari noted that the main goal in this region is to create all conditions for development of tourism.

"Kalbajar is known for its hot springs. The company's goal is to create a large number of social facilities - recreational and sports facilities, spa and fitness centers. Of course, greening the city will remain one of the priorities," she added.

According to Kovari, the priority for the restoration of Gubadli city is preservation of water resources.

"A concept such as a 'closed cycle water ring' will provide an opportunity to conserve and reuse water resources," she explained.