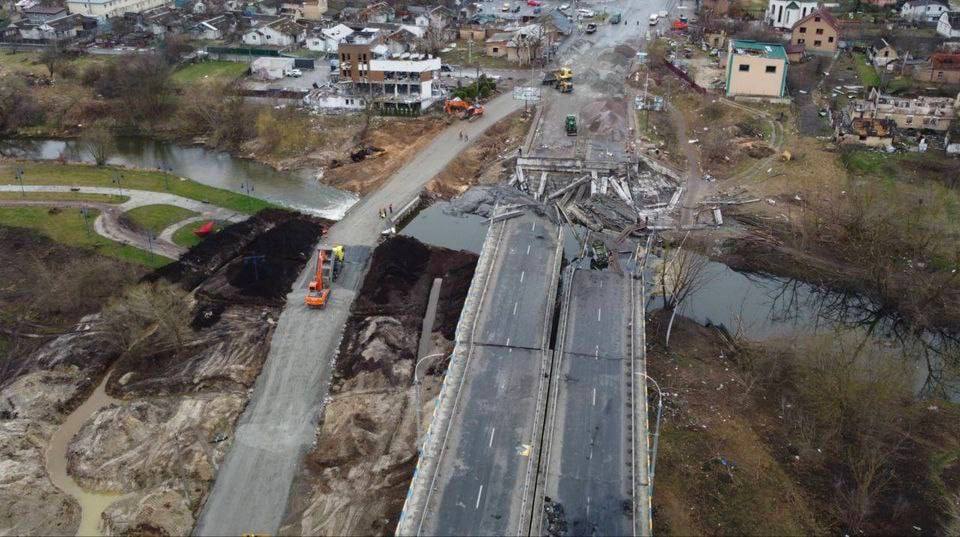 A temporary bridge in the Kyiv suburb of Irpin has been completed, opening a route for humanitarian aid and reconstruction, a senior Ukrainian official said Monday, News.az reports citing UNIAN.

Minister of Infrastructure of Ukraine Oleksandr Kubrakov said the temporary crossing on the R-30 road had been completed and could bear the load of two trucks moving in both directions.

"This is important, given that its main purpose is to create a sustainable logistics connection for Irpin and surrounding cities, which need both humanitarian aid and building materials to rebuild infrastructure," he said.

The main Irpin bridge was destroyed in the opening days of the war by Ukrainian forces to slow the advance of Russian troops.