The Meeting of the Azerbaijani-Turkish High-Level Military Dialogue ended 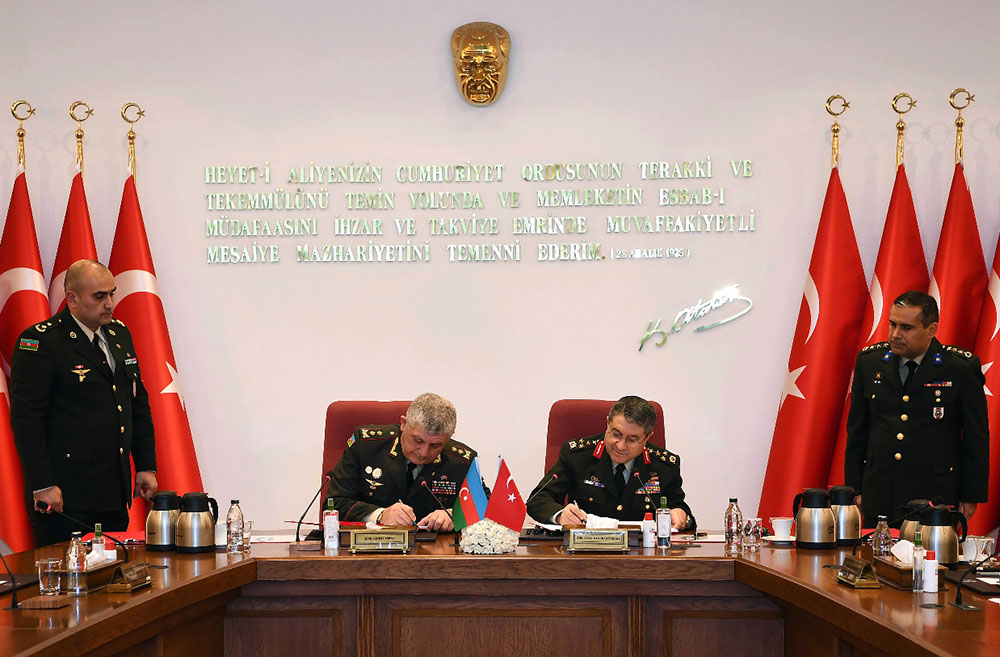 The 14th Meeting of the Azerbaijani-Turkish High-Level Military Dialogue, held in Ankara, Türkiye, under the leadership of the rector of the National Defense University of the Defense Ministry of the Republic of Azerbaijan, Lieutenant General Heydar Piriyev, and the Second Chief of the General Staff of the Republic of Türkiye, Army General Selcuk Bayraktaroglu, ended, News.az reports citing Ministry of Defence.

The meeting considered the current state and prospects for the development of bilateral cooperation between Azerbaijan and Türkiye in the military, military-technical, military-medical, military-educational and other spheres, as well as discussed the main areas of activity.

In the end, following the signing of the final protocol of the meeting, the Azerbaijani delegation visited the military educational institution of the Turkish Armed Forces.