The Victory of the "Iron Fist" (ANALYTICS) 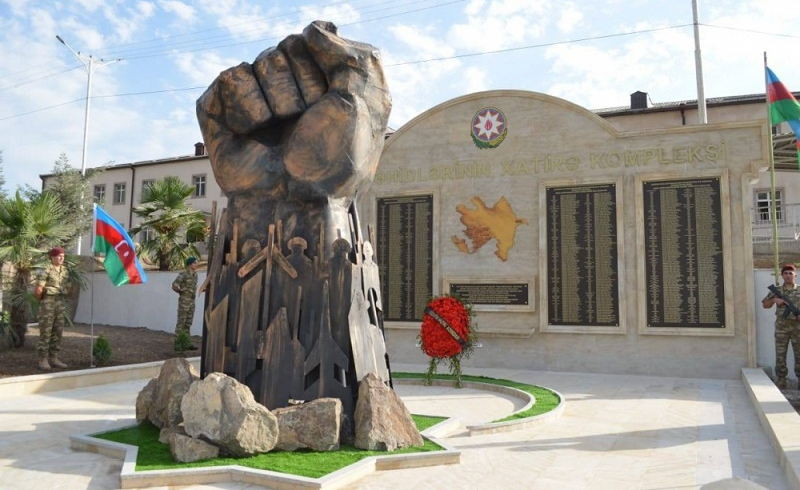 Imagine a nation that for 30 years has lost its patience so much that in 44 days it has united to liberate homeland. Imagine a soldier climbing a mountain and liberating his land, becoming a nightmare for the enemy. Imagine that the Supreme Commander-in-Chief, with all his power, perseveres and leads his people to victory with a perfect strategy. This is the formula of "Iron Fist". This is the unity shown by the President of Azerbaijan Ilham Aliyev, the Azerbaijani soldier and the Azerbaijani people. This unity led Azerbaijan to Victory 1 year ago. In 44 days, all the games and myths created by Armenia were shattered. Azerbaijan has defeated enemy both in the political arena and on the battlefield. Azerbaijan has been trying for years to resolve the conflict diplomatically. But if this was not possible, a military solution was inevitable. During the ceasefire, Armenia repeatedly committed provocations, there were victims among the civilian population of Azerbaijan, including children. The battles of April 2016 went down in history as the first spark of heroic chronicle. The last point was a large-scale provocation committed by the Armenian Armed Forces on the morning of September 27, 2020. Positions and settlements of the Azerbaijani army located in the frontline zone came under intense fire from large-caliber weapons, mortars and artillery of various calibers. In order to prevent the combat activity of the Armenian army, to ensure the security of the civilian population, the command of the Azerbaijani army decided to launch a rapid counter-offensive along the entire front. As a result of the clashes, martial law and general mobilization were declared in Armenia, and martial law and curfew were declared in Azerbaijan, and partial mobilization was declared on September 28. Thus, the foundation of our path to victory was laid. 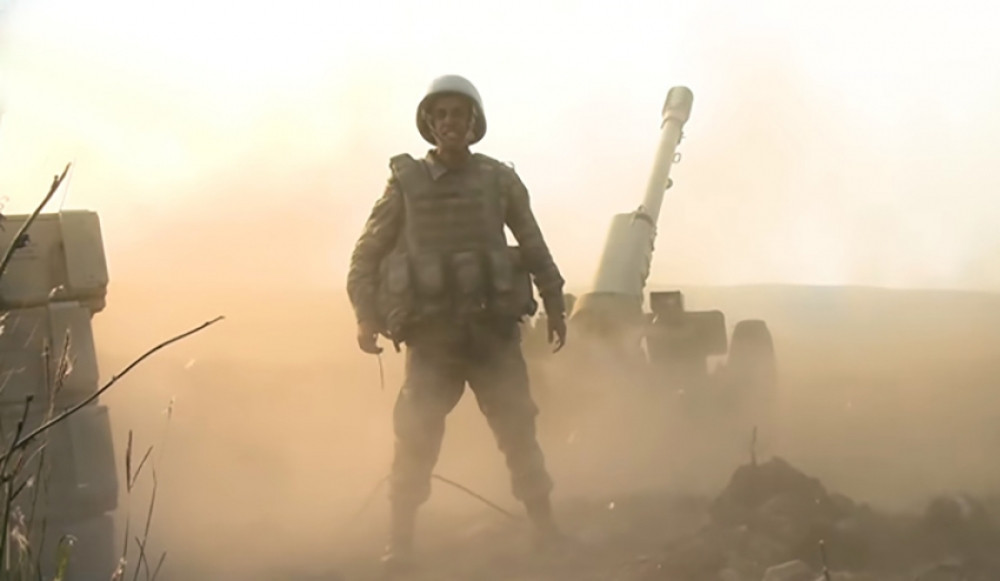 In these battles, Azerbaijan made great achievements with very few losses. After liberating a number of villages, Jabrayil, Fizuli, Zangilan, Gubadli and Shusha were liberated during the war. Armenia remained loyal to its wild policy line this time as well. Armenian authorities which had experience in attacking civilians during the Khojaly genocide, fired rockets at Azerbaijani cities far from the war zone, Tartar, Barda and Ganja. Rocket shells fired twice at Ganja -  the sleeping city, killed babies, left them without parents, and caused many casualties and destruction. 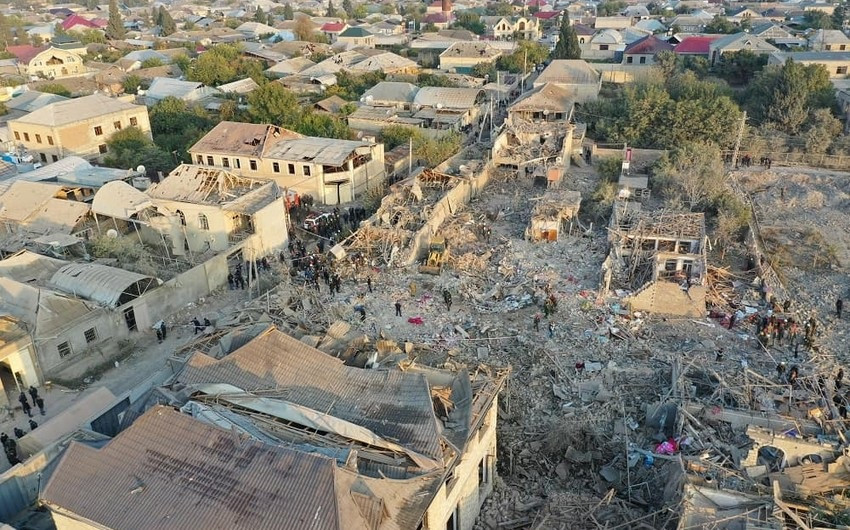 However, Azerbaijan did not repeat the brutality of the Armenian leadership. Azerbaijan, which never raised its hand against the civilian population, took revenge on the battlefield. When Azerbaijani soldier liberated its lands from occupation, it showed its love for its lands. In our regions, such as Aghdam, Zangilan Fuzuli and others, there is not any safe building. But Azerbaijan did not return the pearl of Karabakh – Shusha with an artillery. This could damage the city. Azerbaijani soldiers and officers passed through forests and deep ravines, climbed mountains with light weapons and destroyed the enemy in a face-to-face battle. Only the real owners of the land, could show this behavior. After the declaration of peace, Azerbaijan took a humanist step and gave the Armenian population 10 days to leave Kalbajar, Lachin and Agdam. However, during the occupation of Kalbajar, Armenian soldiers gave Azerbaijanis only 10 hours, then disobeyed and persecuted the locals. 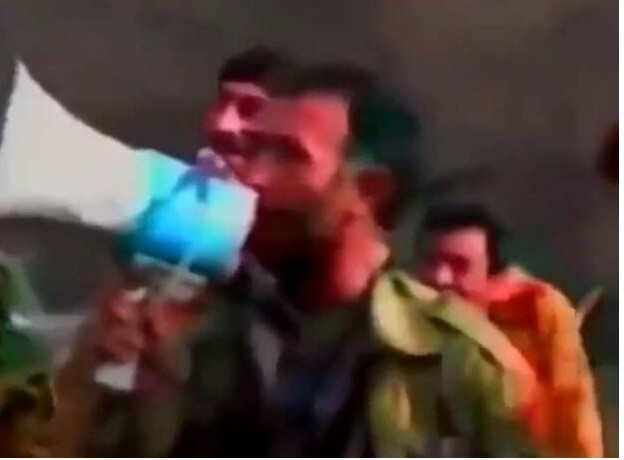 For 44 days, the people of Azerbaijan have shown unprecedented unity and determination. Whether it is the heroes standing in line in front of the mobilization agencies to go to war, or the people of Azerbaijan, who flock to the roads to share their joy day and night after each victory news, closely united around the Supreme Commander-in-Chief and supported him. The people, who have been waiting for every speech of the President of Azerbaijan, every news of the Victory, have been proud to become a victorious nation getting free from the syndrome of defeat for 30 years. 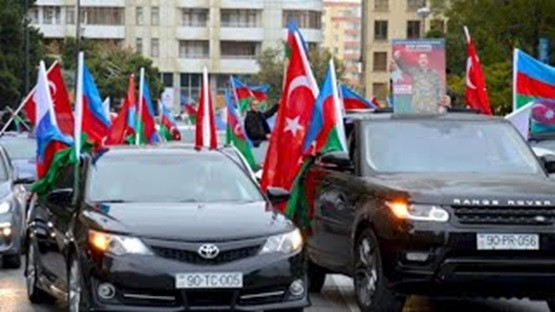 Azerbaijan came out of the Great Patriotic War with about 3,000 martyrs and a large number of veterans. The Azerbaijani state takes special care of them. The people show special respect to them. Just as the Iron Fist expels the enemy, it also becomes a symbol of unity. The people of Azerbaijan celebrated the liberation of Shusha from occupation and the Victory Day with flags in their hands, pride and joy in their hearts. The Azerbaijani people have proved the living form of the slogan "We are strong together." The Supreme Commander-in-Chief led the people, who had been dreaming of returning to their homeland for 30 years, to victory with perfect command and precise political attacks.

During each visit to the liberated lands, President Ilham Aliyev spoke about plans for the restoration of Karabakh. He said that all towns and villages will be restored on the basis of the master plan. 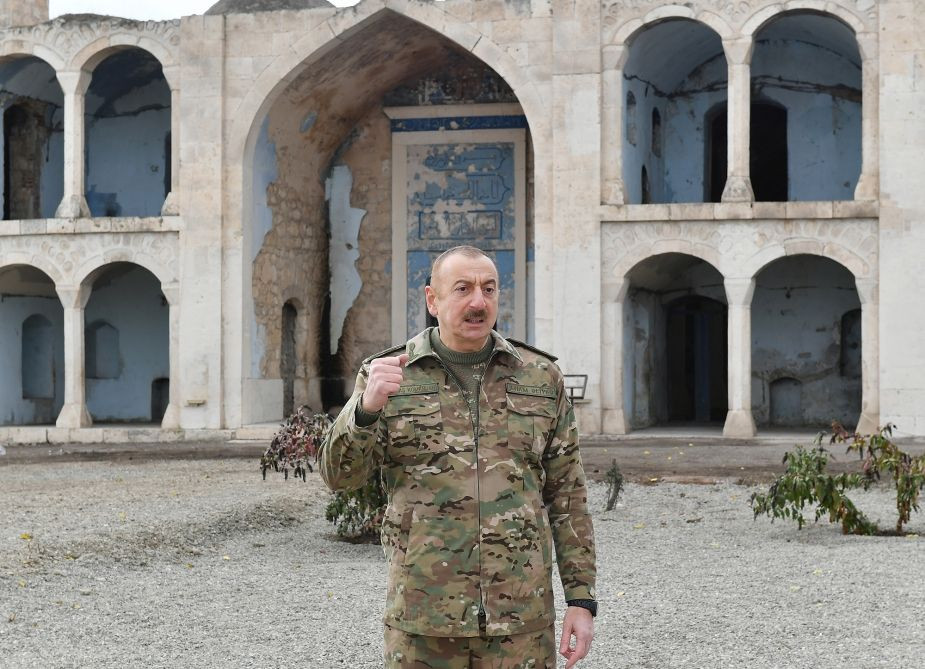