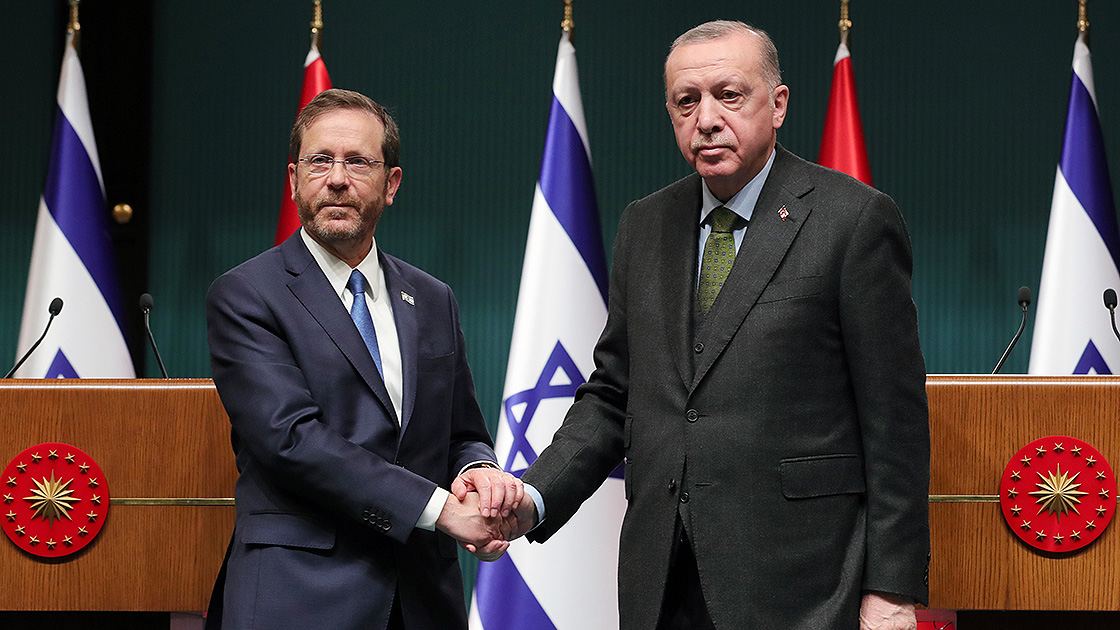 The Turkish and Israeli presidents discussed bilateral relations and regional issues over the phone and Erdogan expressed that Ankara is in favor of developing cooperation and dialogue on the basis of respect for mutual sensitivities.

Mutually appointing ambassadors is "an important step" toward the positive development of Türkiye-Israel relations, Erdogan underlined.

Meanwhile, Herzog said on Twitter that he spoke with Erdogan on the occasion of the restoration of full diplomatic relations, the return of ambassadors and consuls-general, and resumption of Israeli flights to Türkiye.

"We welcomed the development and expressed our hopes for future progress," he added.

Herzog also thanked Erdogan for his "critical contribution" to the agreement for the export of grain from Ukraine and for his recent meetings with the presidents of Russia and Ukraine.