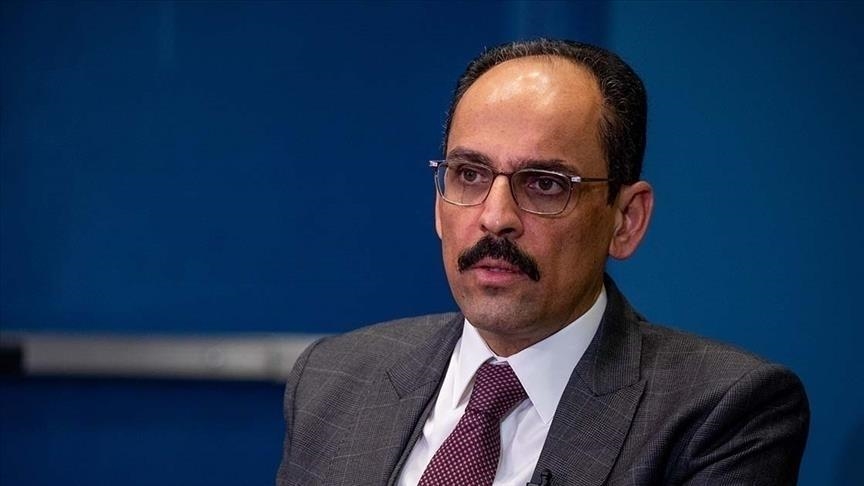 “On Tuesday, at the request of NATO Secretary General Jens Stoltenberg, a four-way summit will be held in Madrid with the participation of Turkish President Recep Tayyip Erdogan. Our participation in this summit does not mean that we will step back from our position," Ibrahim Kalin said on Turkish TV news channel Haberturk.

Kalin reminded that Turkish officials have held two meetings with their Swedish and Finnish counterparts so far to discuss the two countries’ NATO membership applications.

Kalin said he and Turkish Deputy Foreign Minister Sedat Onal will pay an official visit to Brussels on Monday for the third round of the talks as part of the decision taken during a phone call between Erdogan and Stoltenberg.

The fourth round of the talks will also be held ahead of the Madrid summit, Kalin added.

Kalin reiterated that Turkiye expects Sweden and Finland to take a clear and unequivocal stance against the PKK/PYD/YPG terror groups and affiliated structures.

This week, the Spanish capital will be dominated by the military alliance as NATO leaders are set to meet in Madrid to discuss what could be its largest military deployment since the end of the Cold War.

The NATO summit will run from Tuesday to Thursday, with talks expected to center on NATO's response to the war in Ukraine and the Finnish and Swedish petitions to join the alliance.

This year's summit will gain further historical importance because the alliance will be adopting its new strategic concept which will lay out NATO's purpose and plans for the next decade.

Sweden, along with Finland, formally applied to join NATO last month, a decision spurred by Russia's war on Ukraine, which began on Feb. 24.

But Turkiye, a longstanding member of the alliance, has voiced objections to the membership bids, criticizing the countries for tolerating and even supporting the terrorist groups.