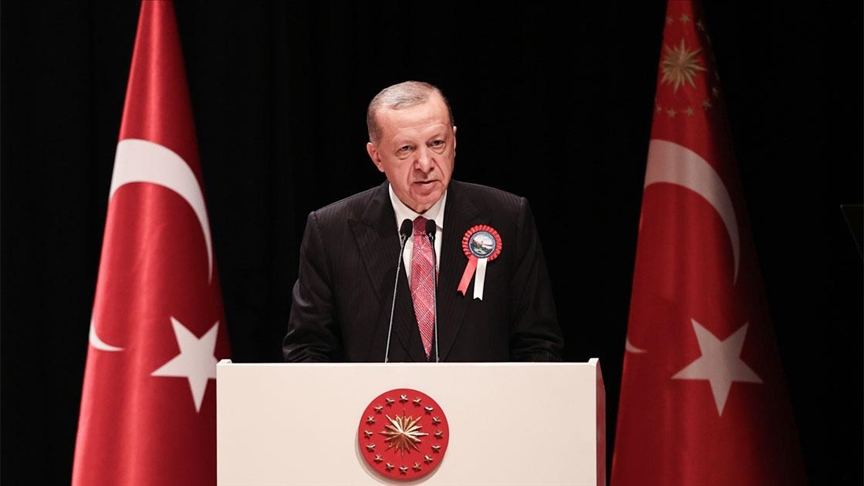 Türkiye is gradually solving the cost of living and inflation problems that the European nations and the U.S. are facing, President Recep Tayyip Erdogan has said, News.az reports citing Daily News.

“Hopefully, we will break the neck of inflation at the start of next year,” Erdogan said in a video message sent to the “Türkiye 2023 Summit.”

The president also said that inflation stemming from elevated energy, food and raw material prices poses challenges for all economies in the world indiscriminately.

“It is observed that old approaches, such as lowering inflation by increasing interest rates, did not fulfill those expectations. Many countries, which resort to such policies to rein in inflation, are now facing both the cost of living and job losses problems,” Erdogan said.

With the economic model implemented, which focuses on achieving growth through production, employment, exports and current account surplus, Türkiye is among few countries that manage to weather this turbulent time, the president added.

He recalled that the country’s exports broke record month after another and are nearing $300 billion.

“The tourism industry, which suffered most from the pandemic, not only recovered but also gained significant momentum. And the employment for the first time exceeded 31 million,” Erdogan said.

The increase in the annual inflation rate slowed from 85.5 percent in October to 84.4 percent in November. The monthly increase in consumer prices also eased from 3.54 percent to 2.88 percent.