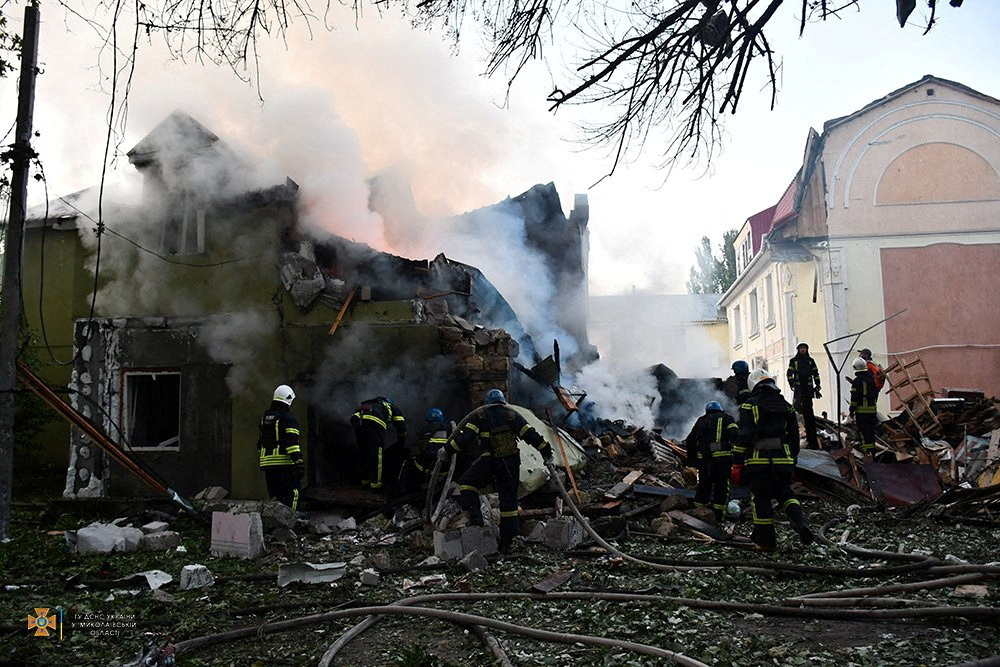 "The enemy shelled the city massively at night," said Kyrylo Tymoshenko, deputy head of the President's office, on Telegram.

Oleksandr Sienkevych, the mayor of Mykolaiv, said two hospitals were damaged by shelling, but there had been no injuries.

The regional military administration said Russian forces continued their fire against communities around Mykolaiv, but had caused no casualties.

Villages along the border between Mykolaiv and Kherson have become the front lines as Ukrainian forces try to penetrate Russian defenses in the region.