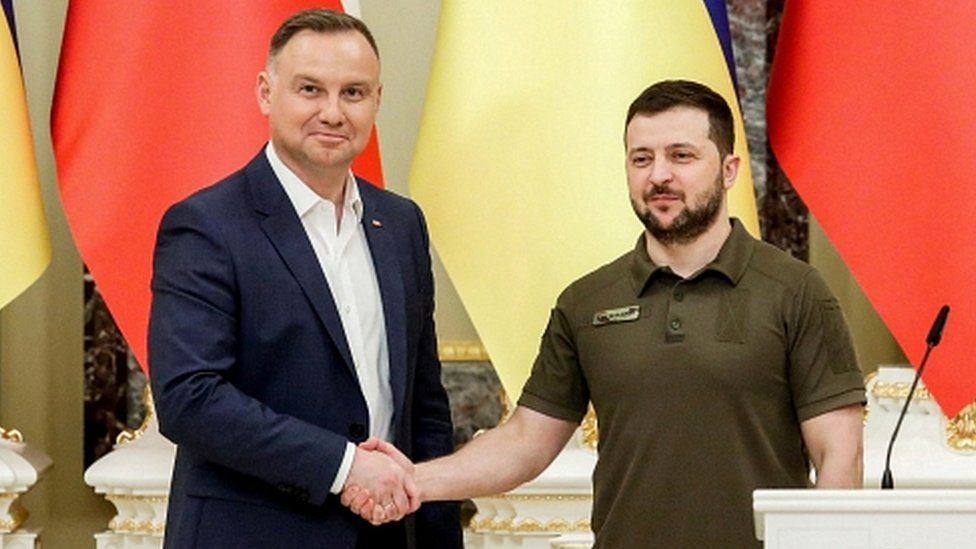 In a tweet, Zelenskyy said he has coordinated positions with his Polish counterpart before the Three Seas Summit.

“Had a conversation with Poland’s President Andrzej Duda. Thanked for the unwavering important defense assistance, as well as for the support of granting EU candidate status to Ukraine. Coordinated positions before the Three Seas Summit,” the Ukrainian president said.

The Three Seas Initiative, launched in 2015 by President of Poland Andrzej Duda and President of Croatia Kolinda Grabar- Kitarović, is a partnership bloc of the Baltic, the Black, and the Adriatic Seas seeking to deepen the integration of Central and Eastern Europe. The project brings together 12 Central and Eastern European countries that are members of the EU: Visegrad Group countries, the Baltic states, Austria, Croatia, Romania, Slovenia, and Bulgaria. The main focus of the Initiative is on the development of infrastructure projects.