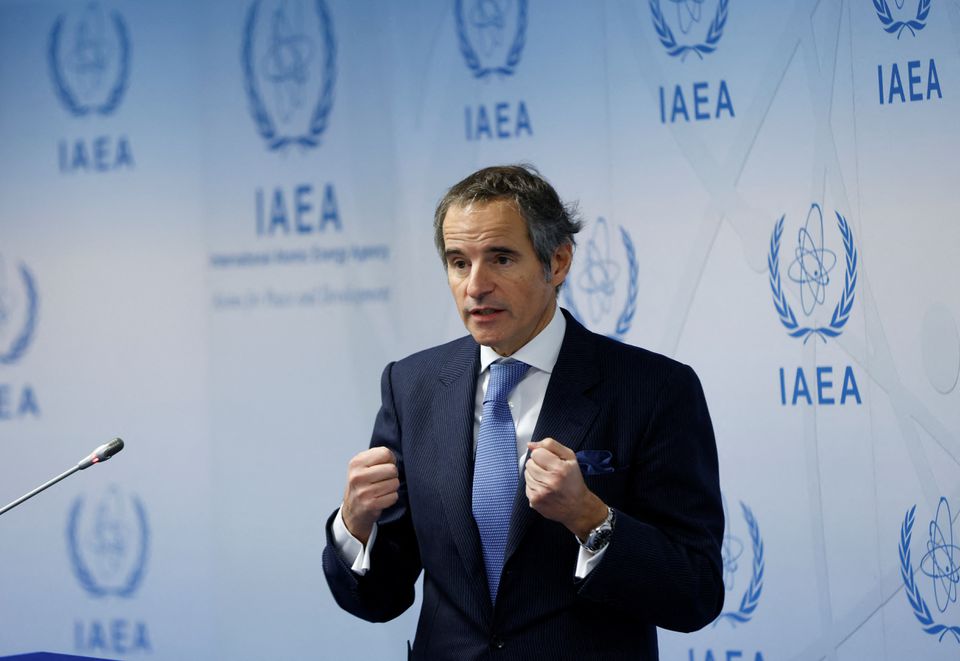 U.N. nuclear watchdog chief Rafael Grossi will fly on Thursday to the Turkish city of Antalya, where the foreign ministers of Russia and Ukraine plan to meet, he said on Wednesday, strongly suggesting he would discuss Ukrainian nuclear safety with them, News.az reports citing Reuters.

Since a building at Ukraine's Zaporizhzhia nuclear power plant caught fire after clashes nearby Grossi has been pushing for a trilateral meeting between himself and envoys from Russia and Ukraine to secure commitments to protect the safety of Ukraine's nuclear facilities. read more

Since it invaded Ukraine Russia has seized Zaporizhzhia and radioactive waste facilities near the defunct nuclear power plant at Chernobyl, site of the world's worst nuclear accident in 1986. Ukrainian staff are still operating both but in conditions Grossi has said put the facilities' safety at risk. read more

"I will travel tomorrow to Antalya. In meetings there I hope to make progress on the urgent issue of ensuring the safety and security of #Ukraine's nuclear facilities. We need to act now!" Grossi said on Twitter.