US defense secretary says if Sweden joins NATO, it will make alliance "better at defending ourselves" 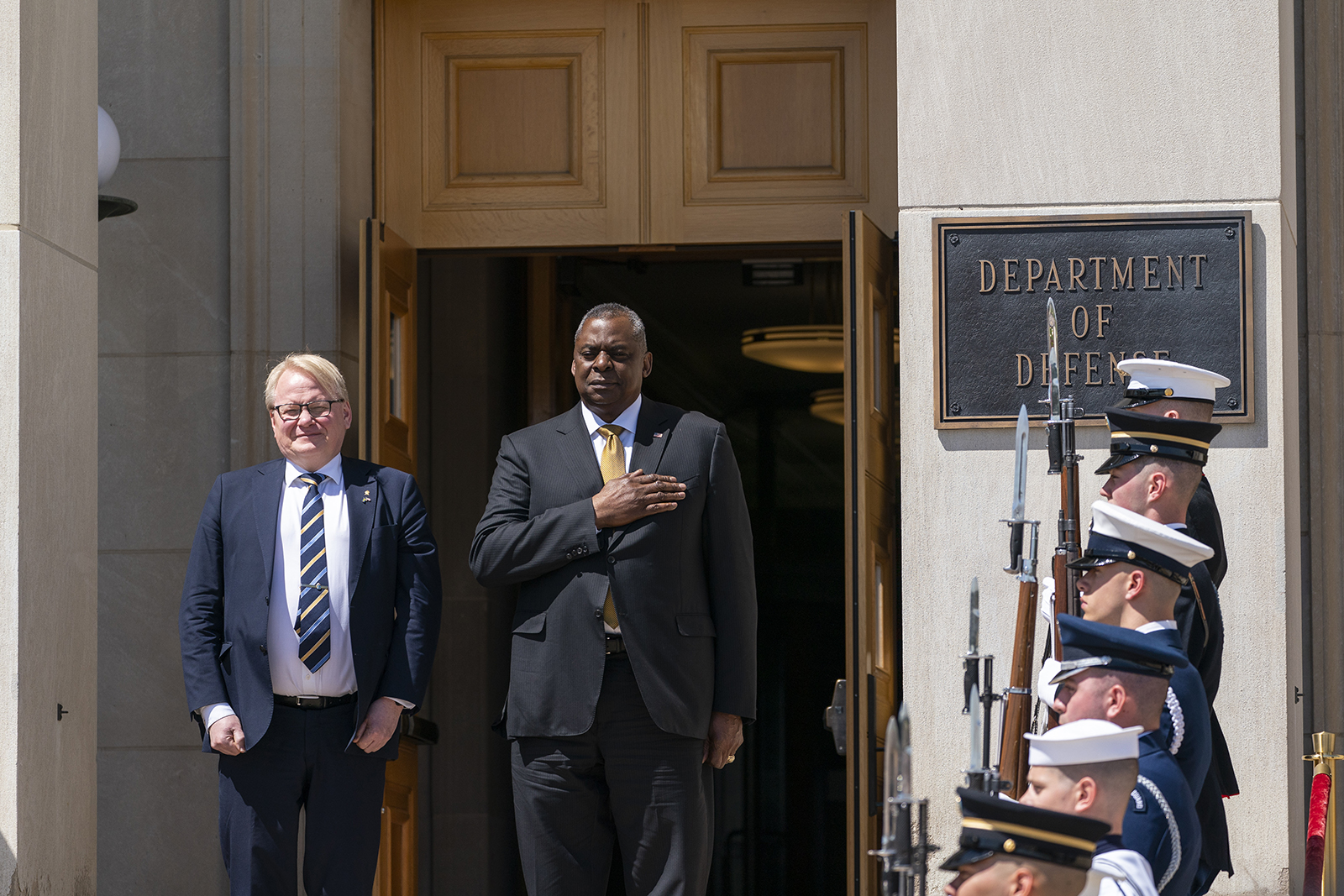 If Sweden joins NATO, the country will make the alliance “better at defending ourselves,” US Secretary of Defense Lloyd Austin said during opening remarks ahead of a bilateral meeting with Swedish Defense Minister Peter Hultqvist at the Pentagon on Wednesday, News.az reports.

“Your capabilities are modern, relevant and significant, and your addition to the alliance will make us all better at defending ourselves. And of course, that’s especially important at this crucial time,” Austin said, as the war in Ukraine continues.

Austin thanked Sweden for its help in supporting Ukraine through the past two-and-a-half months of the war.

“Sweden has joined the United States and our allies and partners in rushing urgently needed security assistance and humanitarian aid to the brave people of Ukraine,” Austin said. “Your leadership has helped bring renewed resolve and resolve to the Swedish defense and security establishment.”

Sweden has decided to formally apply to NATO for membership this week, along with Finland.

Hultqvist said Russia’s war in Ukraine poses a “long-term threat to European security,” and called it a “time where the democracies of Europe and North America must stand together against Russia’s naked aggression.”

While the US and Sweden already work together militarily, Hultqvist said that “things have changed” because of Russia’s invasion.

“We’ve done a lot together to make interoperability to exercise together and to develop the relationship between our armed forces,” Hultqvist said. “From our point of view, we’ve seen it as something that has given stability to our part of Europe, but the war in Ukraine is a reality and things have changed.”

Hultqvist called Sweden’s decision to apply for NATO membership a “manifestation of our commitment to transatlantic security and transatlantic cooperation.”

“In tying our security even more closely to the security of the United States and others, we are exercising our right to make our own choices in providing for our security,” Hultqvist added.

US President Joe Biden on Thursday is set to welcome the Prime Minister of Sweden and the President of Finland to the White House in a key show of support.

The leaders are expected to discuss Finland and Sweden's NATO applications, European security and support for Ukraine amid Russia's invasion, White House press secretary Karine Jean-Pierre said in a statement.