US does not act fairly when it comes to NATO allies: Turkish president 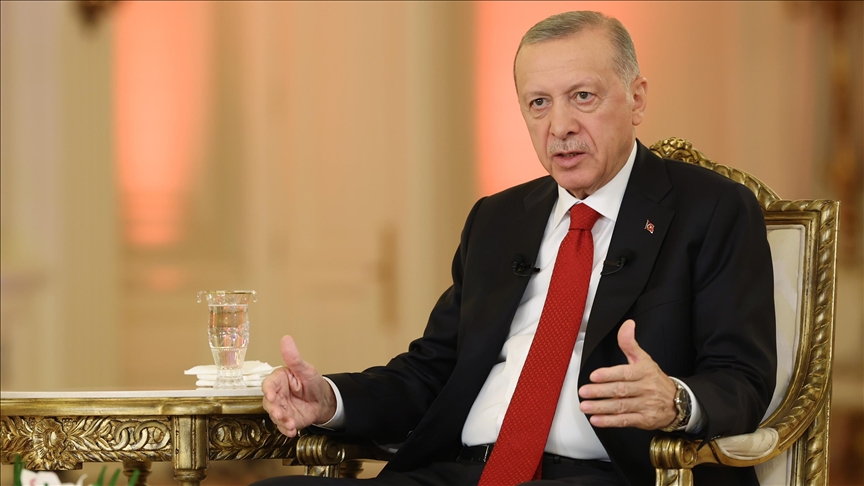 President Recep Tayyip Erdogan on Wednesday criticized the US for its tilted stance amid simmering tensions between Türkiye and Greece, calling out Washington for its unequal treatment of NATO allies, News.az reports citing Anadolu.

There is simply no comparison in Türkiye and Greece’s importance in NATO, Erdogan said in a televised interview, stressing that the US “cannot find another ally like Türkiye.”

“Our expectation from the US is not to involve Greece in wrong calculations and not to allow the manipulation of international public opinion,” he added.

He denounced Washington’s recent decision to lift an arms embargo on the Greek Cypriot administration, terming it “inexplicable in terms of content and timing.”

He said the move “will not go unanswered,” and pledged to take all necessary steps to protect Turkish Cypriots.

Moving to the Ukraine war, Erdogan said he will speak to his Russian counterpart Vladimir Putin on Thursday.

“(Ukrainian President Volodymyr) Zelenskyy wants our support for the (referendums held in) four regions, and wants us to convince Putin. I intend to discuss these issues in detail with Putin tomorrow,” he said.

“I wish that they did not hold a referendum, but rather we could solve this problem through diplomacy,” he added.

On fears of a possible nuclear war, Erdogan said the cost of such a conflict would be “catastrophic.”

“One should not even think about this, let alone talk about it. Solving this issue through diplomacy would be the most appropriate step,” he said.

On Türkiye’s ongoing anti-terrorism efforts, he called on the US and Russia to fulfill the pledges they made in a 2019 agreement about eliminating terrorist organizations from northern Syria.

On Ankara’s request for recognition of the Turkish Republic of Northern Cyprus (TRNC), Erdogan said: “If the UN Security Council acts fairly, we will speed up this process.”

He also urged the international community to recognize the TRNC, adding that “this would open the way to resolving the Cyprus issue.”