Western Azerbaijan Community spokesperson: ‘We are ready for coexistence in our ancestral lands’ (EXCLUSIVE INTERVIEW) 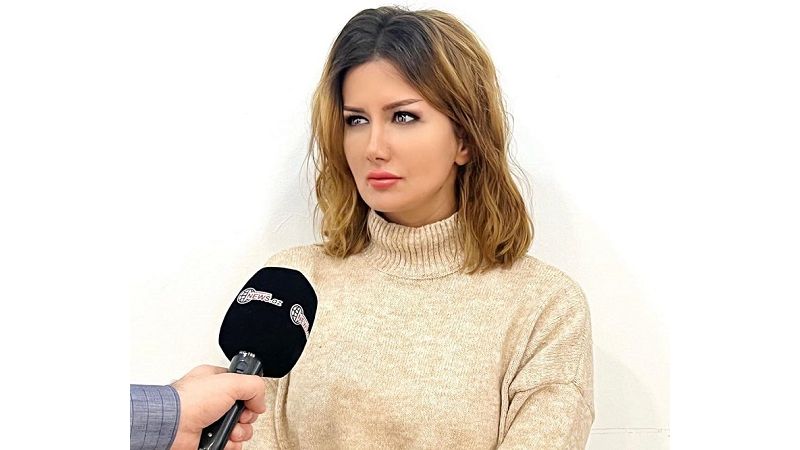 News.Az presents the interview with Ulviyya Zulfikar, the newly-appointed spokesperson for the Western Azerbaijan Community.

News.Az – Mrs. Ulviyya, how was it decided to establish the Western Azerbaijan Community?

U.Z. – In fact, the Community was not newly established. After the re-establishment of the previously existing “Azerbaijan Refugee Society” Public Union on 3 August 2022, it became a non-profit organization called the Western Azerbaijan Community. The main objective of the Community is to achieve the social and cultural unity of the Azerbaijanis and their heirs, who were deported en masse from the territory of present-day Armenia at different times because of their ethnicity, to secure the restoration of their rights at the international level, to study and promote the rich historical and cultural heritage of the Azerbaijani people in Armenia and prevent their destruction, to ensure the right of our compatriots to return to their ancestral lands and to ensure coexistence.

News.Az – Mrs. Ulviyya, in the last century alone, the Azerbaijanis were several times expelled from Western Azerbaijan, where they were living compactly, and massacres were committed against them. What work is being done to investigate such cases and identify those persons?

U.Z. – Yes, you are right. In the 20th century alone, Azerbaijanis were forcibly deported from their ancestral lands – the territory of present-day Armenia four times – in 1905, 1918, 1948-1953, and 1988-1991. During the last deportation that took place in 1988-1991, nearly 250,000 Azerbaijanis were forced to leave their ancestral lands. In terms of time, we have started to list those who were deported in 1988-1991.  Those, who are currently living in Azerbaijan’s regions and capital city, as well as those who have passed away and their heirs, are being identified, and a database about the is being developed.

News.Az – Have you met those persons personally? How do they remember their native lands? What is their desire?

U.Z. – Their biggest dream is, of course, to return to their ancestral lands and visit the graves of relatives and close ones. To see the houses where they were born and the streets where they walked. To breathe the air of their native lands. What a simple point, isn't it? In fact, these are fundamental human rights. To live in their native lands and raise their children there… To visit the graves of their relatives and lay flowers. Believe me, we burst into tears while compiling that list. It is impossible not to become sad while listening to those persons’ stories. That longing, sadness, and missing childhood memories… Now those people are only dreaming of returning to their native lands and coexisting peacefully. Considering that there is a similar precedent. Nearly 25,000 people of Armenian origin are currently residing in Karabakh, the territory of Azerbaijan. Given the fact that 250,000 Azerbaijanis were deported from the territory of Armenia from 1988 to 1991 alone (the list of our compatriots deported before the mentioned period is being compiled), these people can enjoy the right to live in Armenia in the same way. We believe that peace and peaceful coexistence in the region is possible.

News.Az – Many years have passed since the deportations that took place in 1905 and 1918. Are there any people left who remember those times? How do they and their heirs remember that longing for the homeland? As far as I know, you are the heir of a family that was subjected to massacres and deportation in Irevan in 1918.

U.Z. – Yes, you are right. Unfortunately, when my grandfather was 4 years old, the village of Zar [now it is called Abovyan – News.Az], where he lived, was subjected to genocide. My grandfather's father and four older brothers refused to leave their native land and stayed in Zar. They fought and died there. They had previously sent their two minor sons together with their mothers to Nakhchivan or Vedibasar, but we still do not have information about their fate. When my grandfather was 4 years-old, his sister managed to get him out of the village during those massacres.

News.Az – Unfortunately, there are hundreds, thousands of such stories. There is a very rich cultural and historical heritage of Azerbaijan in the lands where the members of the Western Azerbaijan community came from. What about the state of our monuments, toponyms, and cemeteries?

U.Z. – Unfortunately, our heritage was deliberately destructed during the mentioned period.  Our toponyms have been changed, most of our cultural and historical monuments have been destroyed, and others are about to be destroyed or are alienated. We are now compiling the list of those monuments. We are intending to submit these facts to UNESCO, because there is a very rich heritage belonging to a nation in the mentioned area, and its destruction is a great loss to the world's cultural heritage and humanity. Along with the sources known to us, the sources of other countries also contain extensive information about our heritage. It is also possible to get the necessary information from the works of travelers and historians who visited there. All this is being investigated. But unfortunately, the destruction process is still going on. For example, some time ago, a very disturbing video from Basarkechar (now it is called Vardenis – News.Az) emerged. The video shows a truck with an Armenian license plate destroying the old graves belonging to Azerbaijanis. The relatives of those deceased had such painful feelings while watching the video that it is impossible to imagine it in words. Such actions can only hinder the peace process and peaceful coexistence. Such disturbing cases must be avoided. We believe that peaceful coexistence is possible.

News.Az – We would like to thank you for the interview.