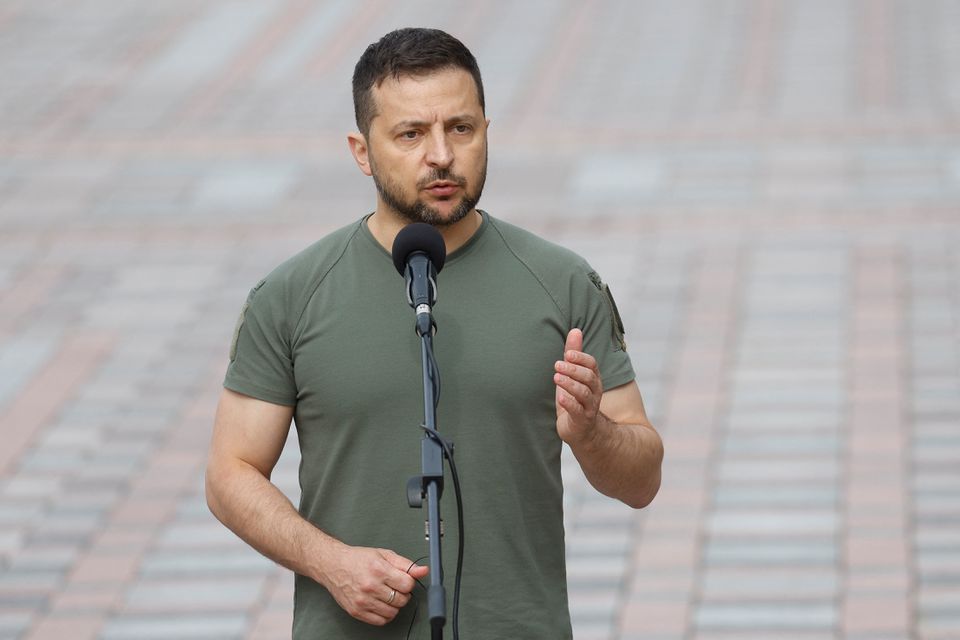 Ukrainian President Volodymyr Zelenskiy is scheduled to speak to U.S. arms makers and military leaders on Wednesday, September 21 where he is expected to make an appeal for more weapons for his country's defense against Russia, according to an advance notice of the speech seen by Reuters, News.az reports.

Zelenskiy was set to speak by video link before a conference hosted by the National Defense Industrial Association in Austin, Texas, in his first-ever speech to the U.S. defense industry.

Oleksii Reznikov, Ukraine's minister of defense, was also slated to appear and appeal for support for the country's fight against Russia's invasion now more than six months on.

The association's members include Raytheon Technologies Corp and Lockheed Martin Corp, which jointly produce Javelin antitank weapons that have been used by Ukraine.