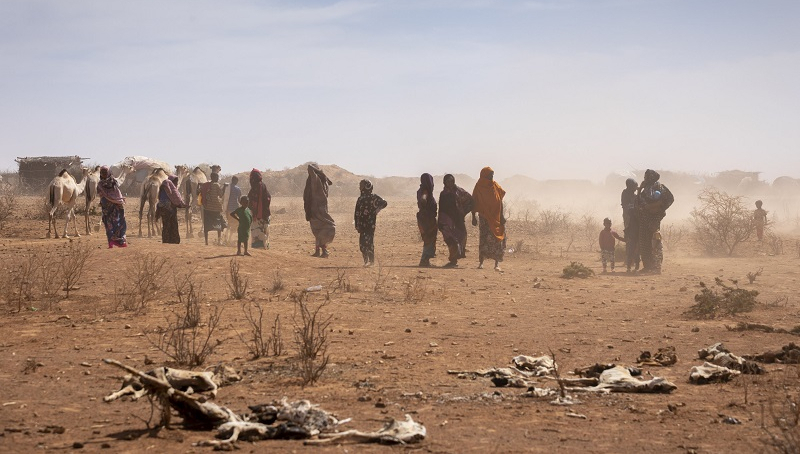 Three consecutive rainy seasons have failed as the region has recorded its driest conditions since 1981, the UN agency said.

The drought has destroyed crops and inflicted "abnormally" high livestock deaths, forcing rural families who rely on herding and farming to abandon their homes.

"Harvests are ruined, livestock are dying, and hunger is growing as recurrent droughts affect the Horn of Africa," he said in a statement.

"The situation requires immediate humanitarian action" to avoid a repeat of a crisis like that of Somalia in 2011, when 250,000 died of hunger during a prolonged drought.

Food aid is being distributed across an arid swathe of Kenya, Ethiopia and Somalia where malnutrition rates are high and some 13 million people are at risk of severe hunger in the first quarter of this year.

Some 5.7 million needed food assistance in southern and south-eastern Ethiopia, including half a million malnourished children and mothers.

In Somalia, the number of people classified as seriously hungry is expected to rise from 3.5 million to 4.6 million by May unless urgent interventions are taken.

Another 2.8 million people need assistance in south-eastern and northern Kenya, where a drought emergency was declared in September.

WFP said $327 million was required to respond to immediate needs over the next six months and support pastoral communities to become more resilient against recurring climate shocks.

In 2011, failed rains led to the driest year since 1951 in arid regions of Kenya, Somalia, Ethiopia, Djibouti and Uganda.