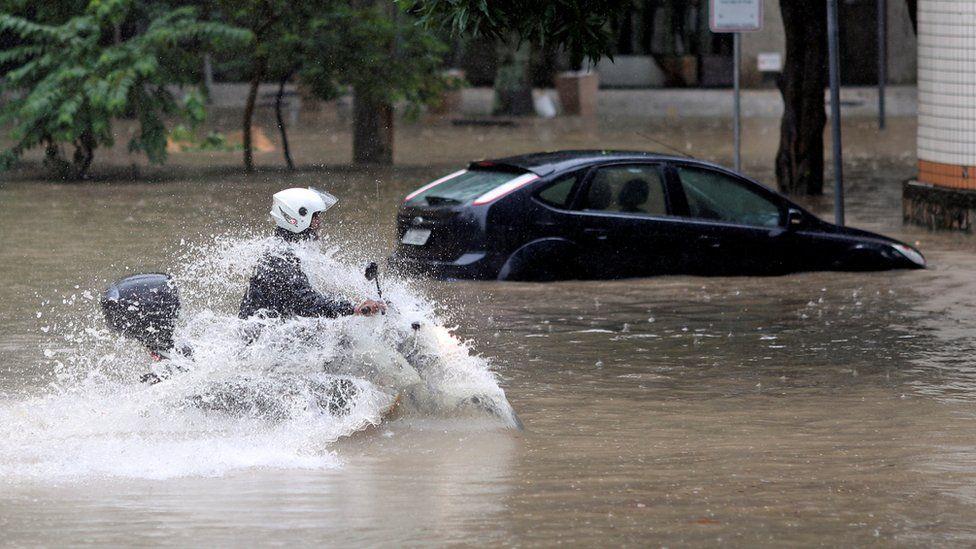 City streets were flooded by downpours, while landslides also resulted in fatalities.

President Jair Bolsonaro, who is traveling to Russia, said on Twitter he had asked ministers to help the city and the victims of the storm. Rio de Janeiro's Governor Claudio Castro went to Petropolis on Tuesday night.

"We are in Petropolis articulating all the help needed at this time," Castro wrote on his Twitter account, adding in a video statement that he would only leave the city when the response to the disaster had been organized.

From Moscow, where he will meet Russian President Vladimir Putin on Wednesday, Bolsonaro said he had spoken with the Regional Development Minister Rogerio Marinho and Economy Minister Paulo Guedes to secure assistance to the city.

Since December, heavy rains have triggered deadly floods and landslides in northeast Brazil and Sao Paulo state, threatened to delay harvests in the midwest and briefly forced the suspension of mining operations in the state of Minas Gerais.