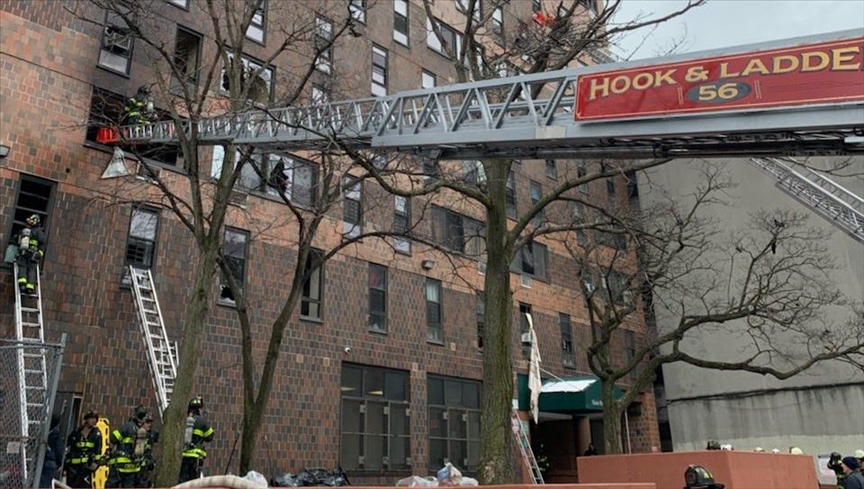 At least 19 people are dead, including nine children, after a fire tore through a high-rise apartment building in New York on Sunday, officials said, News.Az reports citing Anadolu Agency.

Another 63 people were severely injured in the blaze in the Bronx, New York City Mayor Eric Adams told CNN.

He said the smoke quickly spread to the upper floors because the door of the apartment was open and more than 60 people were poisoned.

According to the New York Mayor's Office, the children who died were aged 16 and under and the majority of the residents in the building were Muslims from Gambia.

Earlier in a press conference, Nigro said 32 victims were sent to five different hospitals and most of them were suffering from severe smoke inhalation.

"That is unprecedented in our city. We expect there to be numerous fatalities," he added.

“Approximately 200 FDNY members are operating on scene of a 5-alarm fire at 333 East 181 Street in the Bronx,” the FDNY said on Twitter.

A team of 200 firefighters had responded to the fire.