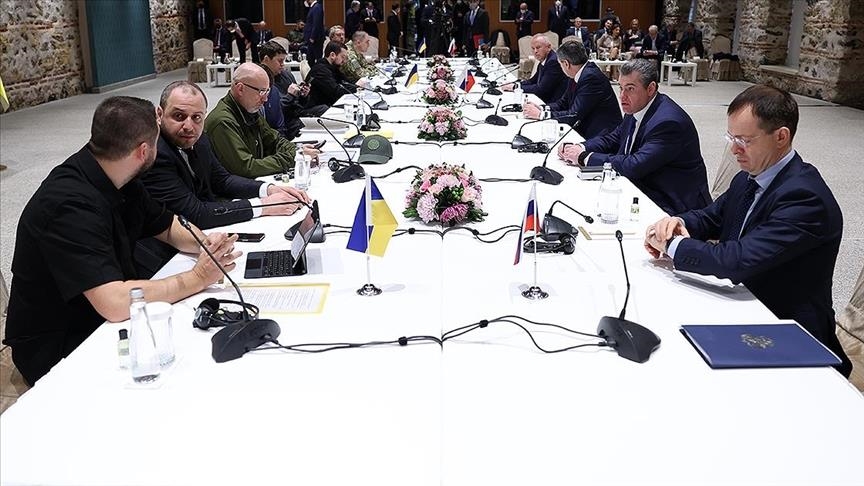 The first day of a new round of Turkiye-brokered peace talks between Russia and Ukraine ended in Istanbul on Tuesday, News.Az reports citing Turkish media.

The two-day peace talks are being held at the presidential Dolmabahce office.

Russian and Ukrainian negotiators arrived in Istanbul on Monday.

Ahead of the talks, Turkiye’s President Recep Tayyip Erdogan reiterated his call for a cease-fire between Russia and Ukraine.

On March 10, the Turkish city of Antalya hosted the Russian and Ukrainian foreign ministers, the highest-level meeting of the two sides since the war began on Feb. 24.

Although the sides failed to reach an agreement on a cease-fire, they agreed to continue negotiations over the conflict.