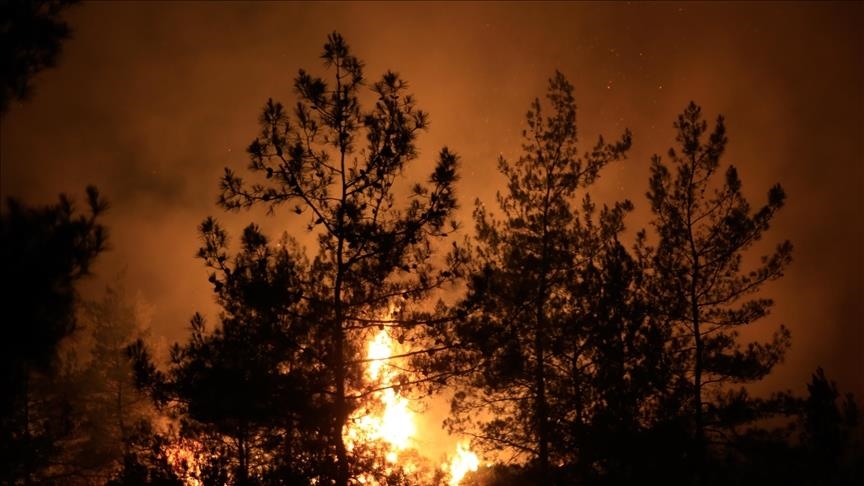 Twenty helicopters and 14 planes are involved to control a wildfire that broke out overnight in a forest in southern Turkiye, an official said on Wednesday, News.Az reports citing Turkish media.

The cause of the fire in Marmaris district of Mugla province is still unknown, said Mugla Governor Orhan Tavli.

The flames spread in a short time due to winds.

The Disaster and Emergency Management Authority (AFAD) said 1,393 personnel, including 592 from the General Directorate of Forestry, as well as 338 vehicles and 35 pieces of construction equipment from various institutions and organizations were assigned to the fire.