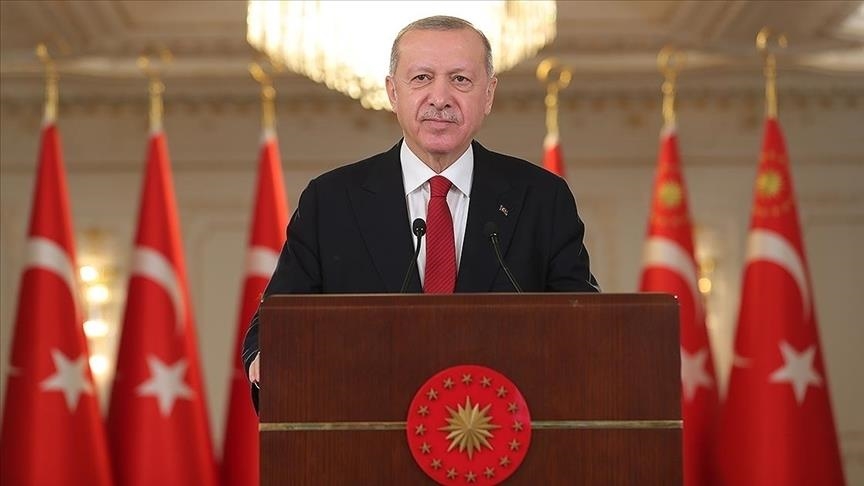 Saying that in the years since Türkiye took necessary measures to ward off similar threats, Recep Tayyip Erdogan said in a video message: "We responded to the powers that unleashed not only FETO, but also other terrorist groups against Türkiye, not by retreating, but by leaping forward."

Erdogan stressed that the main significance of July 15 for Türkiye is that it symbolizes a landmark glorious resistance of the Turkish people following decades of recurrent coups.

Since 2016, Turkish history has been effectively divided into two eras, "before and after July 15," he explained, proving the maturity of country's democracy while making sure that "the power of the national will is understood."

"We ensured July 15 was emblazoned in history by declaring it Democracy and National Unity Day," he added, using the formal name for the annual holiday.

Adding that Türkiye addressed the weaknesses that paved the way for coups and tutelage by adopting a presidential system of governance, Erdogan said that after it thwarted efforts to derail the country by coup bids and terrorist groups, Türkiye also pushed back attempts to undermine it through the economy.

In an April 2017 referendum, Turkish voters approved a shift to a presidential system, and Erdogan was elected president under the new system the following year.

Ankara also accuses FETO of being behind a long-running campaign to overthrow the state through the infiltration of Turkish institutions, particularly the military, police, and judiciary.

Standing against the threat, the Turkish people courageously showed the world that they would not tolerate any attempt to thwart their will as expressed through their democratically elected government.