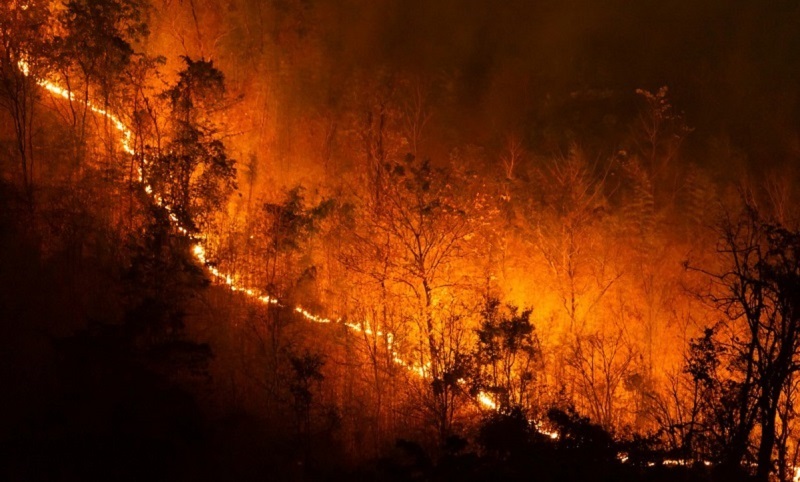 The Earth’s global average surface temperature in 2020 has tied with 2016 to go down as the warmest year on record, the US' National Aeronautics and Space Administration (NASA) said in a statement on Thursday.

"The last seven years have been the warmest seven years on record, typifying the ongoing and dramatic warming trend," NASA’s Goddard Institute for Space Studies Director Gavin Schmidt said in the statement.

"Whether one year is a record or not is not really that important – the important things are long-term trends. With these trends, and as the human impact on the climate increases, we have to expect that records will continue to be broken," he added.

NASA warned that rising temperatures are causing phenomena, such as loss of sea ice and ice sheet mass, rise in sea levels, longer and more intense heatwaves, and shifts in plant and animal habitats.

While humans seeking other habitable planets is often the subject of science-fiction, a NASA mission has discovered Tuesday there may be a lot fewer galaxies than initially believed.

The New Horizons mission, which brought the first close-up photos of Pluto, provided data for scientists to determine there are hundreds of billions of galaxies, rather than the 2 trillion that was initially believed.

NASA has also discovered two new planets this week. KOI-5Ab, a gas giant similar to Jupiter or Saturn, but approximately 1,800 light-years, or 6 trillion miles, away from Earth has three suns.

The other one, TOI-561b, is a hot and rocky exoplanet known as a super-Earth, which is about 50% larger than Earth and has three times the mass, orbiting one of the oldest stars in the Milky Way galaxy, but it has an average surface temperature around 3,140 degrees Fahrenheit.

Scientists have also announced Tuesday the discovery of the most distant quasar and the earliest known supermassive black hole ever known to mankind.

A quasar is a quasi-stellar object at the center of a galaxy that throws off enormous energy, while astronomers believe that the supermassive black holes act as an engine at the centers of galaxies powering quasars.

This quasar, named J0313-1806, is powered by the earliest known supermassive black hole, according to Feige Wang, NASA Hubble fellow at the University of Arizona.