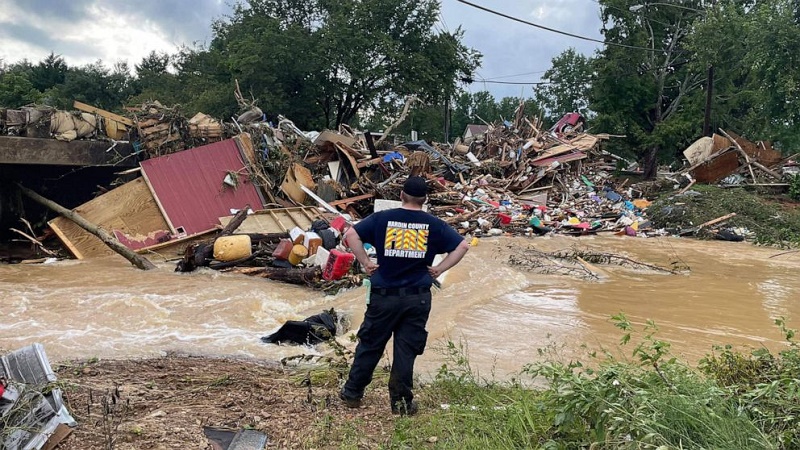 At least 21 people died and 20 others still missing after severe floods hit Humphreys County in the southern U.S. state of Tennessee on Saturday, authorities said on Sunday.

"Today, we are trying to get a good evaluation picture," County Sheriff Chris Davis said on Sunday, Xinhua reports.

"The ones we have missing are mainly from the area of the greatest impact of the watcher when it first came up," Davis told CNN affiliate WSMV, "from children to elderly is what our deceased is ranging from."

In an interview earlier on Sunday, Davis told CNN that at least five of the missing are children; on Saturday he said that two toddlers were among the dead.

Waverly Department of Public Safety Director Grant Gillespie said the number of missing went down from at least 40 to at least 20 after posting a list of names on social media.

Humphreys County Schools announced classes would be canceled this week because of the flooding.

More than 17 inches of rain was measured in McEwen on Saturday, possibly setting a new state record for 24-hour rainfall, according to the National Weather Service in Nashville.