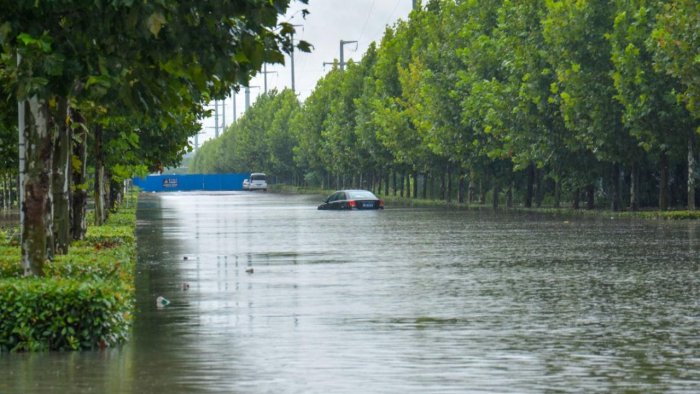 China has been battered by unprecedented rains in recent months, extreme weather that experts say is increasingly common due to global warming.

Footage showed families wading in water that had risen to almost hip level and carrying essentials in plastic bags in Yicheng, which saw a record 480 millimetres (around 19 inches) of rain on Thursday. Rescuers carried people to safety on bulldozers.

"Yesterday the water levels rose to about two to three metres. My neighbour's house was completely destroyed," a resident from one of the worst affected areas in the city of Suizhou told local media.

Hundreds of firefighters and thousands of police and military have been dispatched to the worst affected areas, China's Ministry of Emergency Management said.

Around 100,000 people were evacuated in the southwestern province of Sichuan last weekend as heavy rains caused several landslides.

More than 300 people were killed in central China's Henan province last month after record downpours dumped a year's worth of rain on a city in three days.

China's Meteorological Administration warned that heavy rainfall was likely to continue until next week, with regions along the Yangtze River, including Shanghai, vulnerable to flooding.