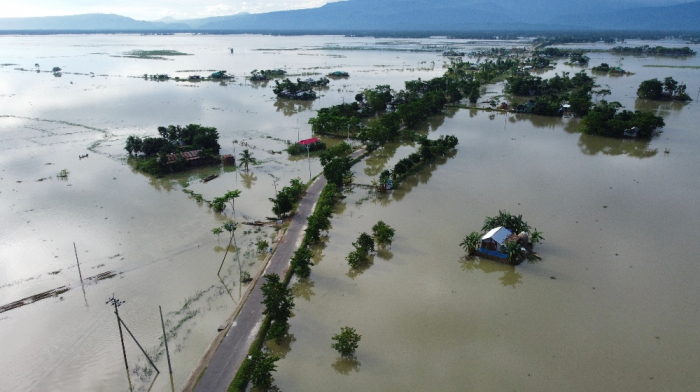 Flash floods and landslides in India's northeast Assam state have killed at least 25 people and displaced over 650,000 from their homes in the past 10 days, officials said Tuesday, News.Az reports citing Reuters.

Heavy monsoons are a yearly occurrence in Assam, resulting in flooding and landslides which force residents to flee their homes, often leaving behind their belongings.

The Brahmaputra River, one of the largest rivers in the world which flows from Tibet to India and finally into Bangladesh, burst its banks in Assam, inundating more than 1,800 villages in 26 districts this month.

"Twenty people have died in separate incidents of drowning and five more were killed in landslides in the past 10 days," said Pijush Hazarika, Assam's water resources minister, adding that water levels were receding.

Parts of the railway network were devastated. Authorities have also set up 366 relief camps across 20 districts, providing temporary shelter for more than 95,000 people. Roads, homes and buildings have been inundated by floodwaters in parts of the state.