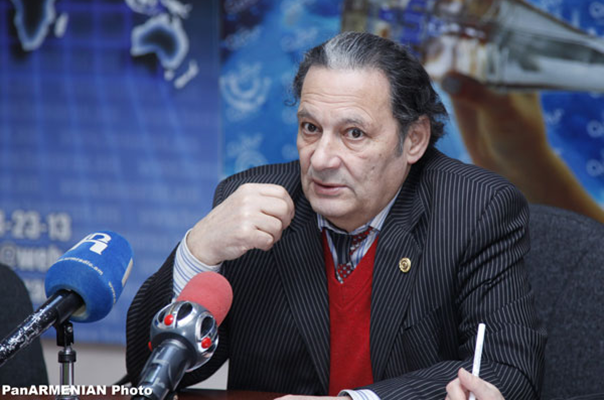 Thirty-six percent of Armenia’s population are not at all interested in the upcoming parliamentary elections.

43% have decided in favor of a particular political force, 24% have not yet made up their minds sociologist Aharon Adibekyan told reporters on Friday as he summed up preliminary survey results, according to tert.am

Mr Adibekyan plans to report the final results after March 20.

“As a result, the election campaign will be conducted at two levels, with the ruling Republican Party of Armenia (RPA) and the Prosperous Armenia party rivaling for a parliamentary majority. The RPA will seek to retain its positions, while the Prosperous Armenia has to persuade the rats that once fled it to come back and bring communities’ votes to it. That is, its goal is 50% of votes plus one vote,” Mr Adibekyan said.

At the second level are the political forces seeking to retain their positions – the Armenian Revolutionary Federation Dashnaktsutyun (ARF-D), Armenian National Congress (ANC) Rule of Law-turned-Armenian Renaissance, as well as other political groups that are just gaining ground.