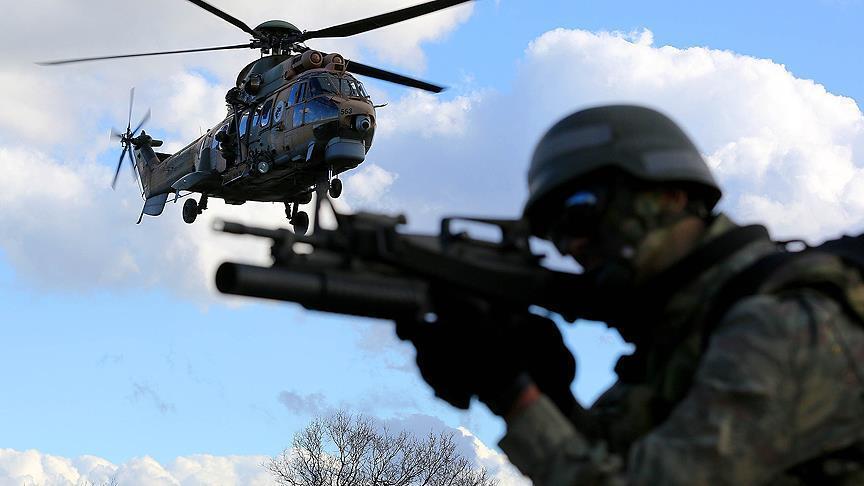 Security forces killed 53 PKK terrorists in counter-terrorism operations in eastern and southeastern Turkey in the past week, the military said Friday.

Hand grenades, machine guns, rocket launchers and other various weapons were seized during the operations, the statement added.

Fifty-eight shelters as well as caves and storages used by terrorists, were destroyed.

The statement added that 7,851 illegal migrants were stopped at Turkey’s borders.

Ten soldiers were martyred and 36 others were injured in anti-terror operations.

More than 1,200 people, including security force personnel and civilians, have lost their lives since the PKK -- listed as a terrorist organization by Turkey, the U.S., and the EU -- resumed its decades-old armed campaign in July 2015.