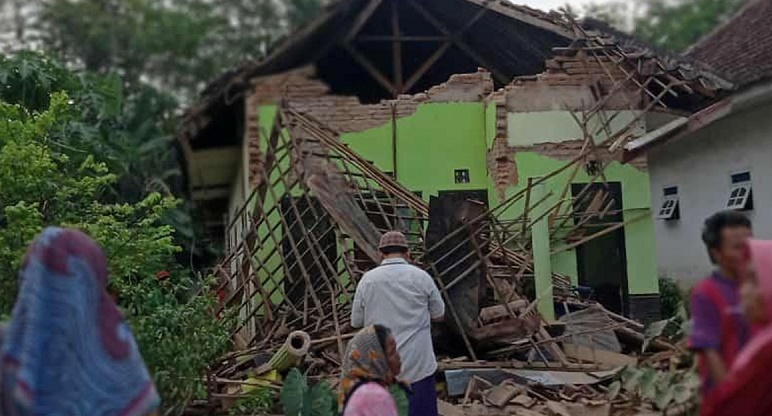 An earthquake with a magnitude 6.2 jolted Indonesia's western North Sumatra province early Tuesday, but it was not potential for a tsunami, the meteorology and geophysics agency said, Xinhua reports.

The quake rocked at 00:04 a.m. Tuesday Jakarta Time (1704 GMT Monday) with the epicenter at 130 km southwest of Nias Barat district and the shallow at 16 km under sea bed.

The intensity of the quake was felt at level III to IV of Modified Mercalli Intensity at the district, the province's Nias Selatan district and Nias Utara district, as well as Mentawai islands located in the nearby province of West Sumatra.