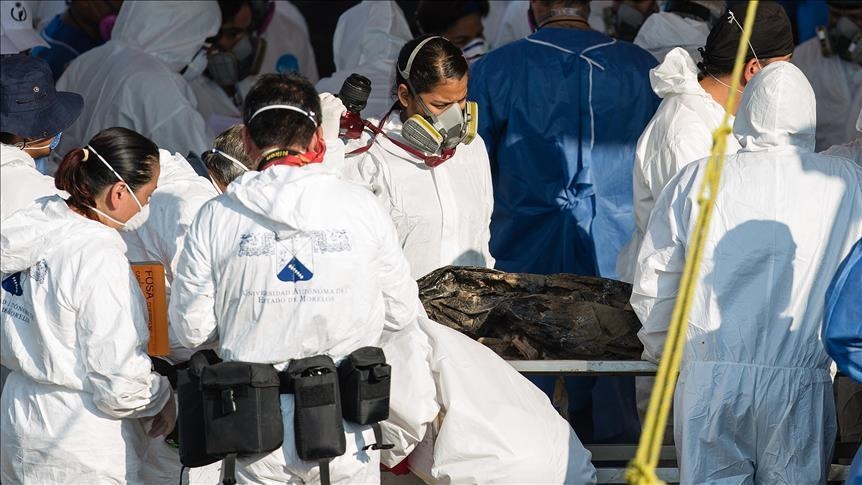 The bodies were found in a secret grave in the city of Alvarado.

Police confirmed the total figure, adding that the corpses were exhumed in the presence of the prosecutor and police officers.

It is estimated that the victims were killed between 2011 and 2012 in a showdown between gangs.

Personal belongings such as bank cards and identity information were found on the bodies.

Searches for the causes of death of the victims will continue, reports added.

The states of Veracruz, Sinaloa, Colima, Guerrero and Sonora are listed as the places where the most hidden mass graves were discovered in the country, according to the Ministry of the Interior's National Search Commission data.

According to the reports of the search commission in Mexico, 94,500 people have been reported missing in the country.