72 percent of Turkish citizens see US as security threat 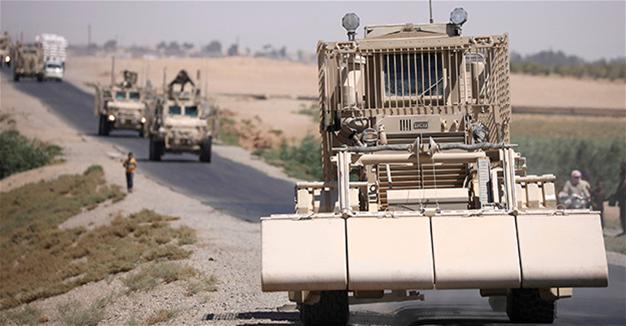 In Turkey, the United States was perceived as a greater threat to security than Russia or China.

Fear of the U.S. is on the rise in many counties, including Turkey, according to a global survey released on Aug. 1, which says some 72 percent of Turks see U.S. as a threat to the country’s security, according to Hurriyet Daily News.

The Washington-based Pew Research Center surveyed 41,953 people in 38 countries over the course of around 11 weeks to find what were seen as the top threats around the world.

In Turkey, the United States was perceived as a greater threat to security than Russia or China.

“Globally, a median of about one-third view the power and influence of the U.S., Russia or China as a major threat. America’s influence is a top concern in Turkey,” the survey read.

“A year after a failed coup attempt blamed at least in part on the U.S., 72 percent in Turkey say American power and influence is a major threat to their country,” Jacob Poushter and Dorothy Manevich, co-authors of the report, wrote about the survey on the Pew Research Center’s website.

“This figure is up 28 percentage points since 2013, when just 44 percent named U.S. power and influence as a major threat. People in Turkey are also worried about the refugee issue [with 64 percent citing it as a major threat], which has spilled over their borders in recent years,” they added.

Since the election of Donald Trump as U.S. president, the survey found favorable impressions of the U.S. have fallen. Many countries now name the U.S. as a threat, and in some cases like Canada and Turkey, America is more of a concern than Russia or China, the survey found.

But terrorism and global warming continued to be seen as the main overall threats.

“People around the globe identify ISIS and climate change as the leading threats to national security,” Poushter and Manevich wrote, referring to the Islamic State of Iraq and the Levant (ISIL).

However, the authors of the report said that due to “heightened security concerns,” opinions of ISIL were not questioned in Turkey.

“ISIS is named as the top threat in a total of 18 countries surveyed – mostly concentrated in Europe, the Middle East, Asia and the United States,” they wrote.

Global climate change was the second highest threat named in 13 countries. It was the major fear in Canada, at 60 percent, while in Turkey the figure was 53 percent.

The survey was conducted between Feb. 16 and May 8.