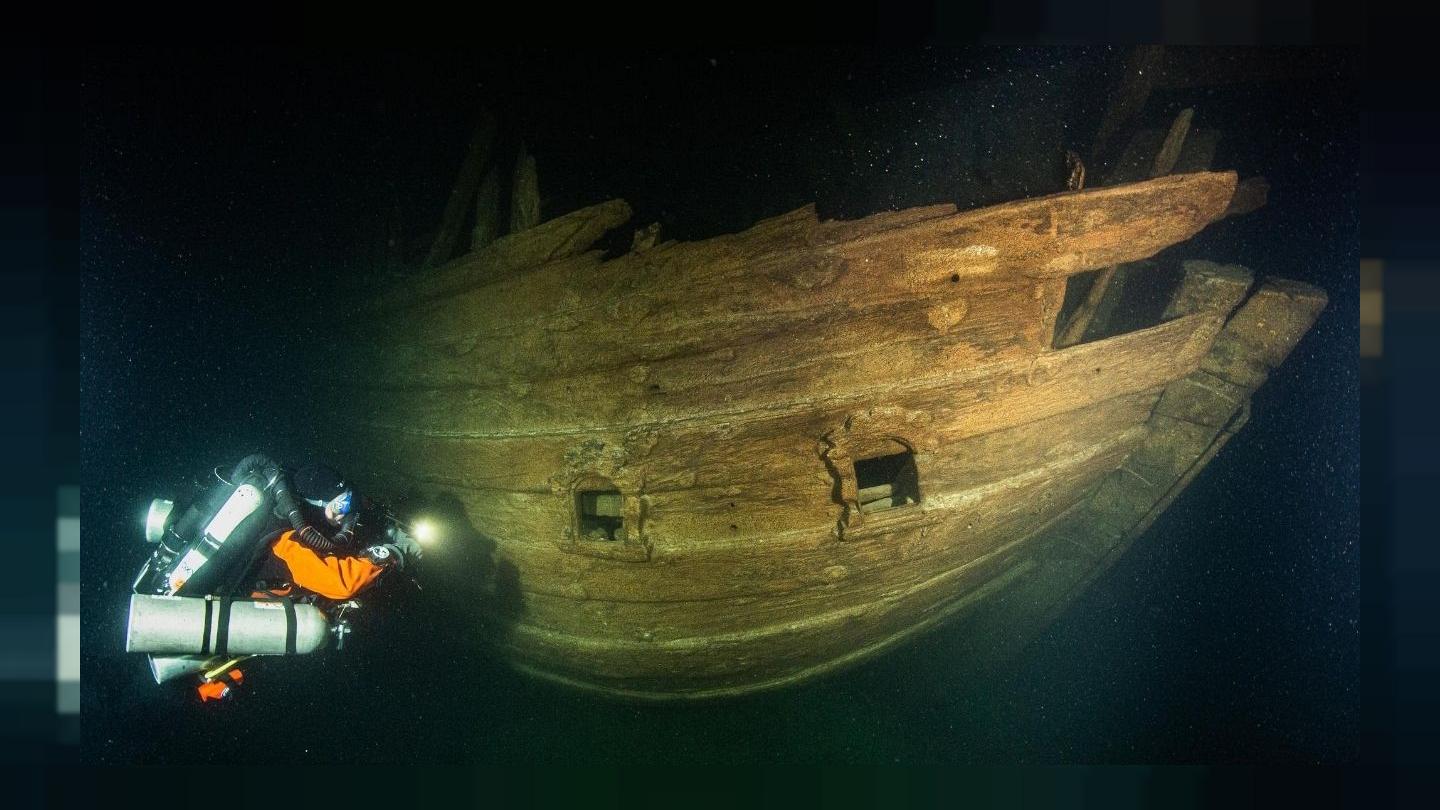 Divers from Finland have accidentally uncovered a 400-year-old ship in the Baltic Sea, Euronews reports.

It was found just 85 meters below the surface with only minor damage caused by a collision with a fishing trawler, which damaged its deck, masts and bow, Euronews reports.

But other than that, the hull is almost intact, with only a few planks missing.

Dutch ‘Fluit’ ships were once dominant in the Baltic trade between late 16th to mid-18th century but are rarely discovered.

The ship had no guns but was capable of carrying a lot of cargo, and boasted advanced technical features for the time, enabling it to be piloted by a smaller crew than was typical.

The Badewanne Diving Team, a group of volunteer divers in Finland, stumbled across the ship while searching for WWI and WWII wrecks at the mouth of the Gulf of Finland.

“The wreck offers a unique opportunity to investigate the development of a ship type that sailed all over the world and became the tool that laid the foundation for early modern globalisation,” says Dr Niklas Eriksson, a maritime archaeologist at the University of Stockholm.

Wooden wrecks can only survive in a few places in the world. Low salinity in the Baltic Sea, combined with absolute darkness and very low temperatures all year round, have protected this ‘Fluit’ ship from being destroyed by chemical, biochemical and biological decaying processes.

It has also protected the ship from wood-boring organisms such as shipworm, who cannot live in such conditions.