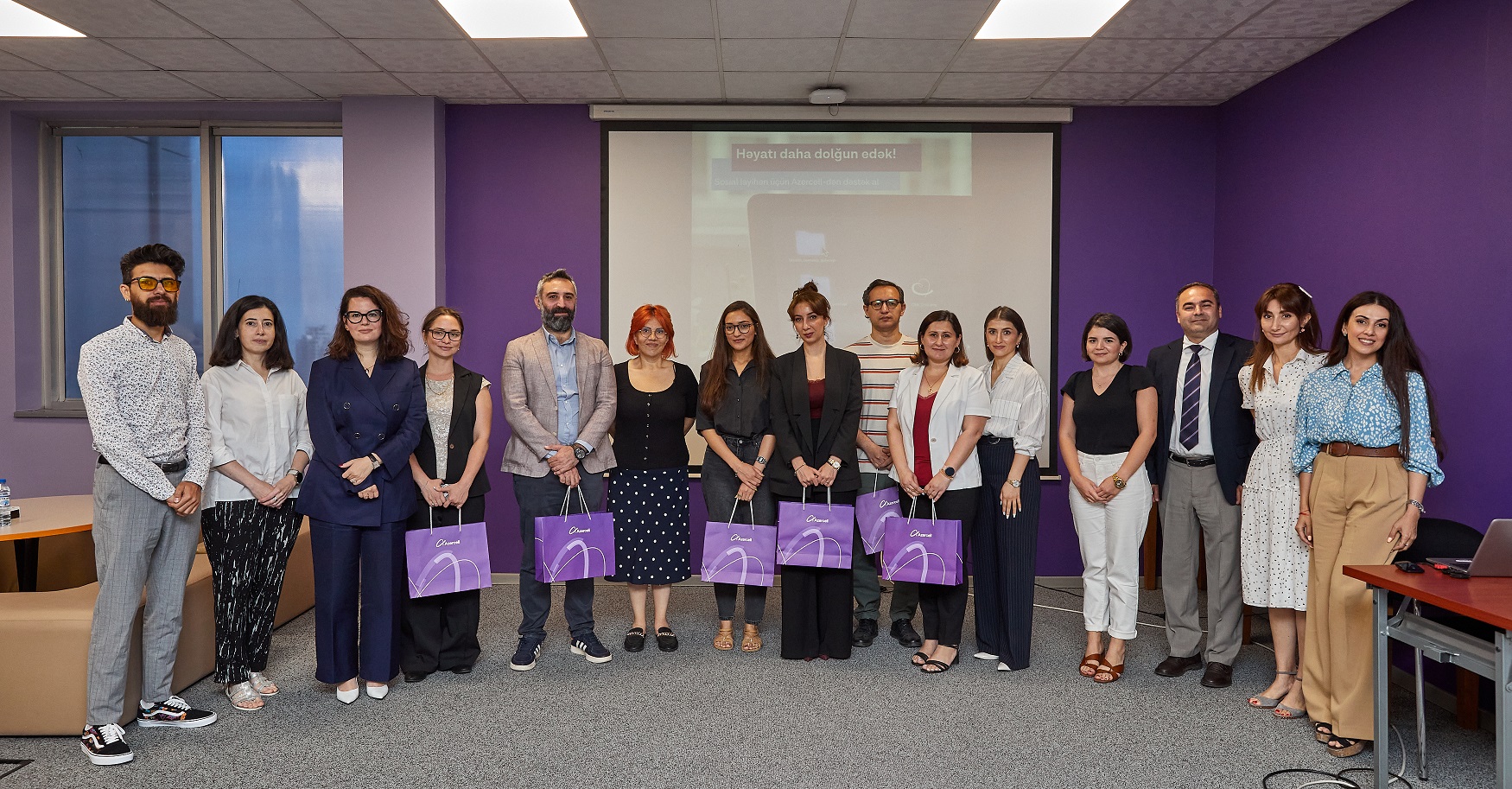 Seven projects have been qualified for the final round of the contest held under the motto “Empowering lives!”

The social project competition promoting digital inclusion in the social area, announced by Azercell Telekom in May has moved to its final stage. The contest is aimed to boost community engagement and to instigate its closer involvement in the development processes, as well as to support the welfare of vulnerable social groups. Focused on projects in education, culture and public health, the evaluators gave a higher priority to initiatives supporting the development of digital environment, social inclusion and further improvement of societal well-being through technology.

To ensure transparency and objectivity of the assessment process, the jury board composed of Azercell employees, as well as external experts from public and private institutions has been formed.

During a one-month selection process, more than 20 applications were reviewed, and seven projects that best met selection criteria have been chosen for the final round.

Non-governmental and non-profit organizations presented their projects aimed at popularization of Azerbaijani literature, integration of women in ICT, integration of people with physical disabilities into a productive and active social life. Contestants answered jury’s questions about sustainability of the projects and their impact on society.

Upon final evaluation by the jury board three best projects will receive grant from Azercell for their implementation.

The principles of corporate social responsibility have always been in “Azercell Telekom’s” top priority. The company initiated and supported projects that benefited the development of the society in many aspects. Over 25 years the company has spent more than 22 million US dollars on social projects in education, culture, sports, health, digital literacy and other fields.