After disastrous floods, Germany left with mountains of waste 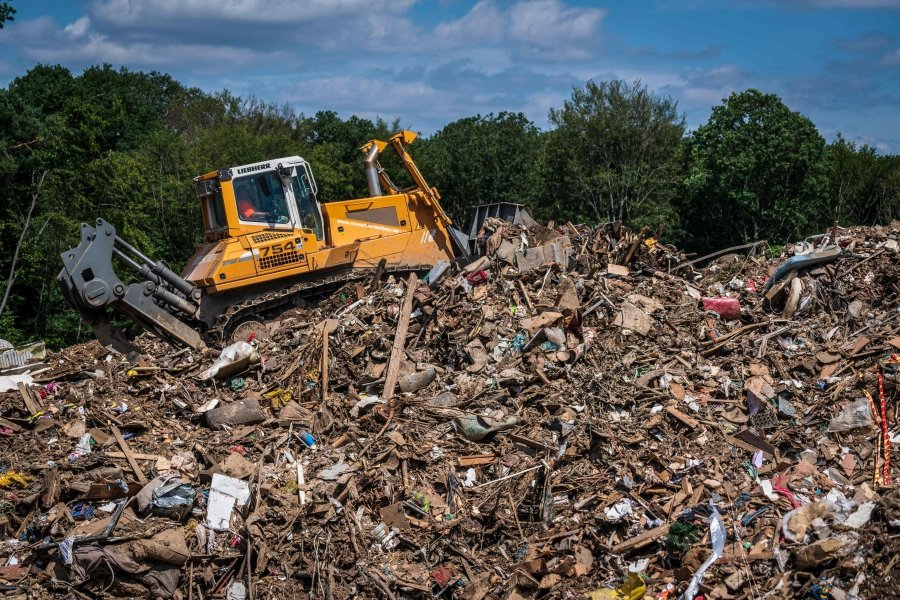 Devastated by historic floods last month, Germany is now left with waste piles equivalent to a whole year's worth of refuse.

"There's not been anything like it in Germany," Sascha Hurtenbach, director of the waste management center in Niederzissen, tells Agence France-Presse (AFP), while behind him diggers work to reduce the size of the mounds of debris.

"At the moment, we have about 35,000 tons of waste taken from the disaster zone here, and we've already taken the same amount to a landfill," Hurtenbach says.

"There's still a lot of debris sitting there."

The waste site in Niederzissen sits about 20 kilometers (12 miles) from the Ahr valley, where, on the night of July 14, the river burst its banks and the waters turned into a torrent.

The villages along the Ahr, a tributary of the Rhine, were ravaged by the high waters and dozens of residents died.

Along the roads that lead to the valley, the mud has turned to dust and convoys of dump trucks have replaced the tourists that used to come here to enjoy the once picturesque surroundings.

The remains of a broken life – washing machines, dishwashers, sofas, fridges, chairs – are piled one on top of another in the centre at Niederzissen. They bear witness to the size of the catastrophe that left at least 186 people dead in the west of Germany.

"We're full," says Hurtenbach. "We can no longer accept any more than what leaves during the day."

At the peak of the clean-up operation, a lorry was arriving at the site in Niederzissen every minute.

And yet, what they have sorted so far is just the start. Construction materials, tree trunks and branches are still waiting to be taken away outside the houses affected by the floods.

About 170 workers have been deployed to try to clear it all, more than four times the normal staffing.

The site itself is operating seven days a week, but it is constrained by the availability of lorries to take waste on to landfill sites or specialized recycling centers.

"I don't know how long we can last," Hurtenbach says.

Of the 130,000 residents his center provides services for, only 30,000 have been directly affected by the floods.

"For the others, we still need to empty their bins and pick up their waste as normal."