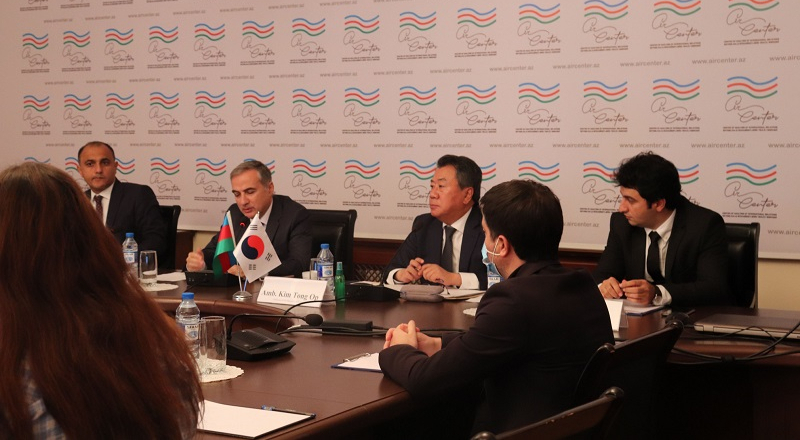 The Center of Analysis of International Relations (AIR Center), in cooperation with the Embassy of South Korea in Azerbaijan, organized a roundtable dedicated to the first anniversary of the 44-day Karabakh War on November 3, the Center told News.Az.

Farid Shafiyev, Chairman of the AIR Center, informing the attendees about the latest developments in the Armenia – Azerbaijan relations, stressed the importance of constructive talks between the two countries and recognition of each other’s territorial integrity.

Talking about the re-opening of regional transportation and communication channels, Shafiyev underlined the prospects the new situation promises for the growing role of Azerbaijan as a transit hub on the Europe – Asia transportation via the Middle Corridor. South Korea’s Ambassador Kim Tong Op briefed the participants about the relations between his country and Azerbaijan and declared support to the peace efforts between Armenia and Azerbaijan since the 44 Day War. He named the recent developments towards this end positive and expressed hope that Armenia and Azerbaijan would resolve all controversial issues through peaceful dialogue.

The roundtable proceeded with the presentations of Anar Valiyev of the ADA University and Vasif Huseynov of the AIR Center. Valiyev devoted his presentation to the regional cooperation opportunities in the South Caucasus after the 44 Day War and emphasized that Azerbaijan is ready to put an end to enmity in the region and forge normal, businesslike relations.

Huseynov, in his turn, talked about the quest for peace between Armenia and Azerbaijan. Talking about the future scenarios of the relations between the two countries for the next decade, Huseynov stated that the prospects promise more peaceful decade for the region ahead, but there are also threats which might undermine the peace efforts. Herein he particularly focused on the revanchist sentiments of some Armenian political forces. Huseynov also talked about how South Korea can support the peace process in the region. He called upon South Korea to actively support Azerbaijan’s reconstruction efforts in the liberated Karabakh territories. 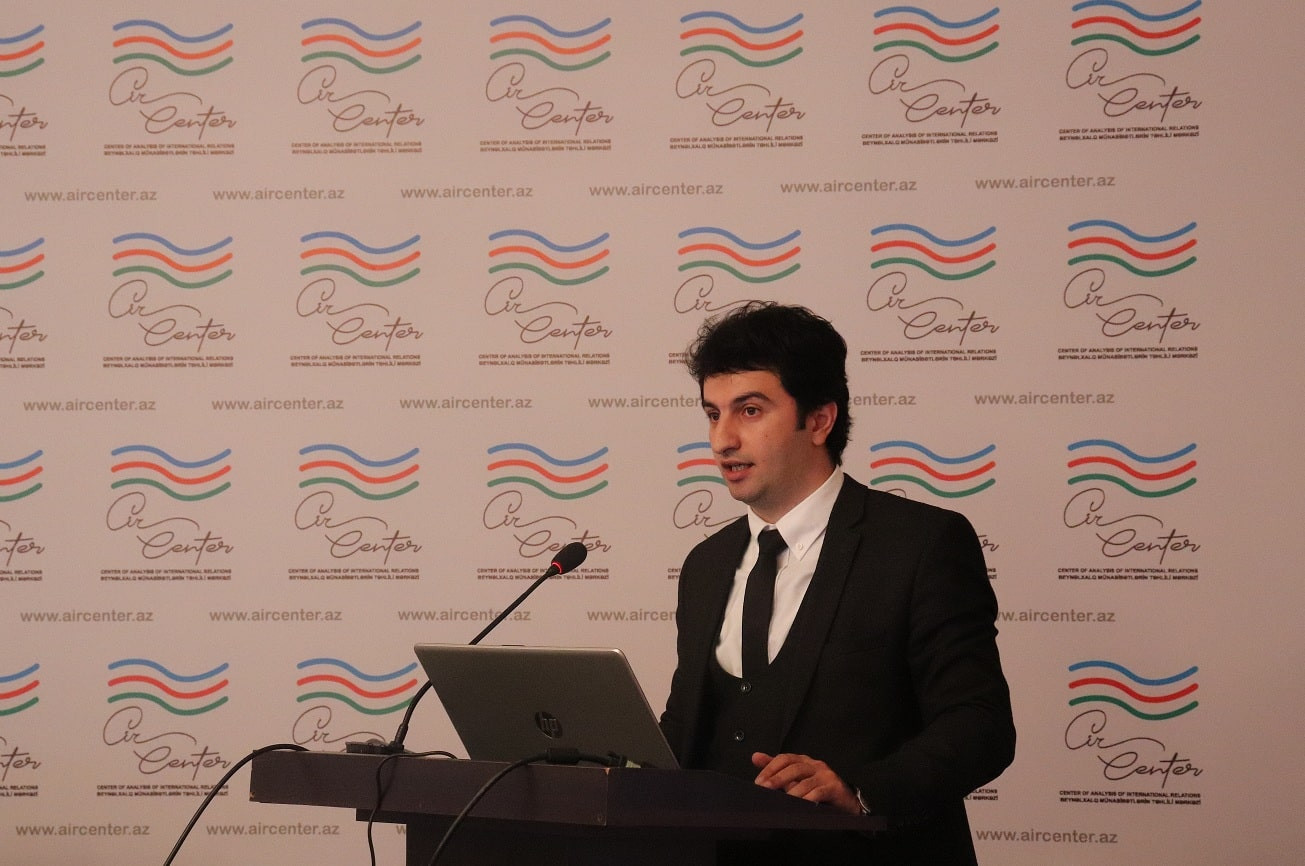 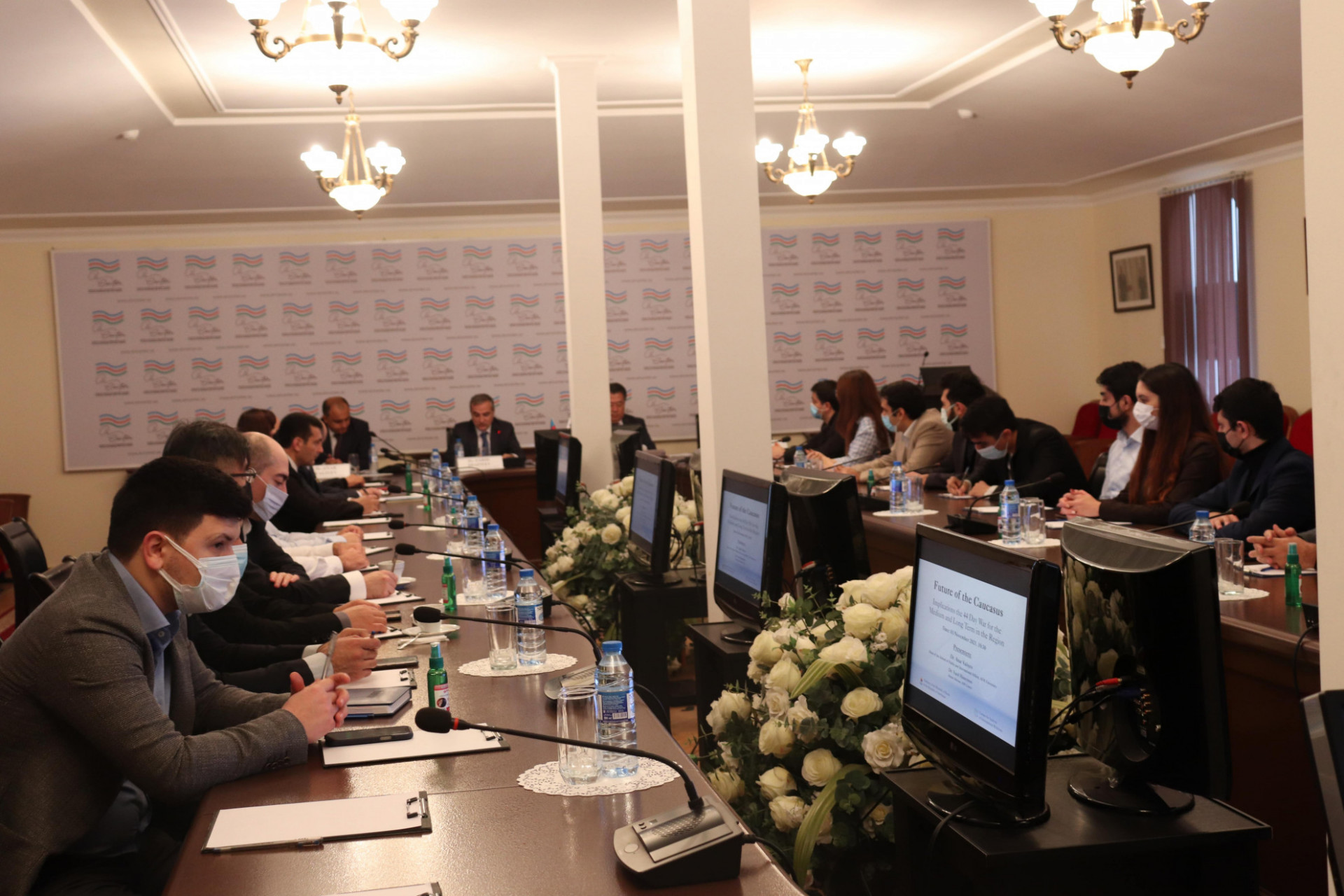