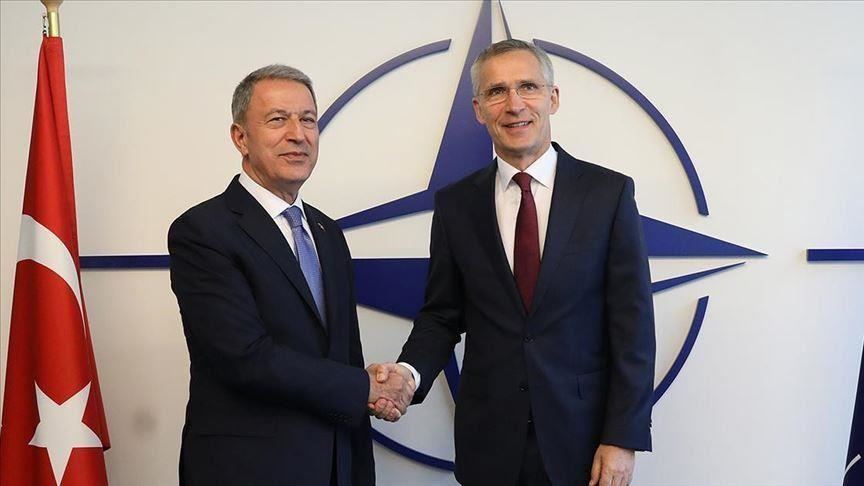 Defense Minister of Turkiye Hulusi Akar on Friday met with NATO Secretary-General Jens Stoltenberg, who is on a three-day visit to the country, News.az reports citing Daily Sabah.

The two officials met following a visit to the Martyrs' Memorial and the historical Gallipoli peninsula in northwestern Canakkale province.

During the meeting, in which regional defense, security and NATO issues were discussed, Türkiye's views were expressed by Akar.

The defense minister also stated that Türkiye will continue to fulfill its responsibilities in NATO, as it has done so far.

Stoltenberg emphasized that Türkiye is an important ally in NATO and thanked Ankara for its active role in reopening the grain corridor.