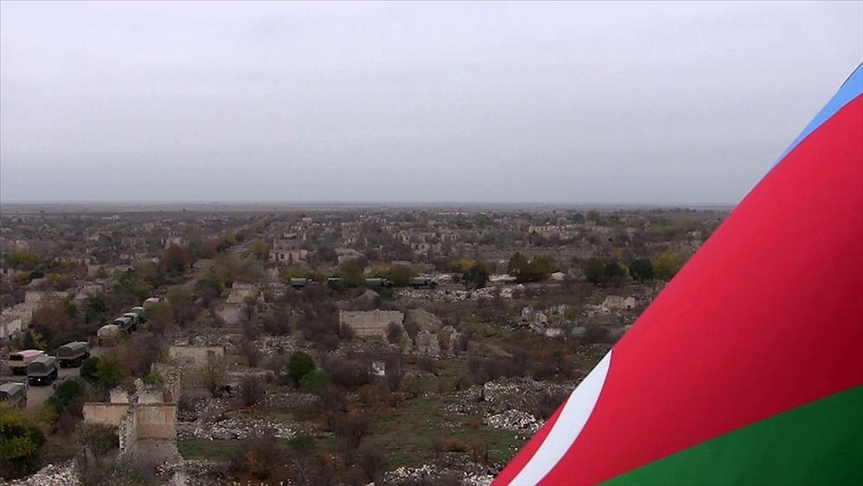 News.Az presents the article by Telman Nusratoghlu, director of the Turkish-Islamic Research Center and a lecturer at Khazar University.

Schools, mosques, libraries, cultural centers and museums in the Fuzuli, Jabrayil, Aghdam, Zangilan, Gubadli and Kalbajar regions around Nagorno-Karabakh, which UN resolutions confirmed to be Azerbaijani territories, were occupied by Armenians 27 years ago, and all the human-inhabited places were wiped out by Armenian invaders with unprecedented vandalism as well.

Armenians have now initiated new global manipulation over the Alban Khudavang (Dadivang) Monastery, which Azerbaijani Turks have carefully protected as a part of their rich historical-cultural and humanity heritage since the ninth century.

It should first be noted that years before the fabrication of lies on this church complex, Azerbaijan’s Culture Ministry made important decisions to protect the monastery per the spirit of Azerbaijani and Turkish cultural traditions and historical continuity, and included Khudavang on a list of world monuments. However, the Kalbajar region, where the monastery is located, failed to be protected due to its occupation by Armenians.

Along with the liberation of Karabakh from the occupation, the sun of freedom shone on this monastery complex, which is considered to be one of the perfect architectural pearls of the period of Azerbaijani Albania, located on the Murovdagh plateau, and was returned to its rightful owner. Eventually, the Azerbaijani state gained the opportunity to turn those places from centers of the armed struggle of chauvinist Armenian religious committees into those of ethno-tourism and multicultural values open to all mankind.

However, the recent false campaign of the Armenian clergy, who have turned the Albanian churches into an arsenal, the falsification of the Christian history of the South Caucasus, and the fabrication of the history of Armenian humanity and Armenian Christianity, disguising themselves as “oppressed ancient nation," allowed us to expose Armenian lies on a global scale.

We will touch on the history of Albanian monasteries in Karabakh, which the Armenians tried to appropriate for insidious intentions, but we must also focus on the cultural hostility and barbarism of our century taking place before the eyes of the whole world.

Reza Deghati, a photojournalist for famed National Geographic magazine who visited Aghdam with 200,000 inhabitants that were returned to Azerbaijan after the Tripartite Declaration 28 years later, was horrified by the scene he observed. He compared the city to Hiroshima, Japan, destroyed by an atomic bomb in 1945.

Foreign ambassadors accredited in Azerbaijan, representatives of international organizations, and military attachés visiting the city of Fuzuli liberated from occupation could not hide their amazement at the sight of the destroyed city. All those cities, libraries, and museums destroyed and looted by the invaders are in the lands of Azerbaijan.

The Armenian rulers also admitted that they had occupied those seven regions around Nagorno-Karabakh allegedly as part of security measures. During his visit to Aghdam, President Ilham Aliyev protested against all these acts of vandalism, saying that it was as if a savage tribe had passed through here.

Turning a blind eye to those who destroyed our cities and villages and turned mosques in Zangilan, Gubadli and Aghdam into animal shelters also moved forward in parallel with Armenian lies and fabrications, Russia and the West show a keen interest in seizing control of the Albanian (Aghvan) churches in Karabakh, the historical and cultural heritage of Azerbaijan, moreover, appeal to UNESCO for the protection of those monasteries, which are also important in terms of showing how far the policy of double standards reached in the world. However, in the name of protecting justice on earth and exposing the Armenian lies, we have to insist on raising world public awareness of the historical truth.

Everyone should know that Agoghlan Monastery in the Lachin region, Khudavang (Dadivang) complex in the Kalbajar region, the Holy Elysee temple complex in the Aghdara region, and the Ganjasar (Gandzasar) monastery therein are the historical heritage of Caucasian Albania, which is the first Christian state in the South Caucasus uniting more than 20 Turks and Caucasians under one flag, and which also plays an important role in the formation of the ethnogenesis of the Azerbaijani Turks.

Moisey Kalankatuklu's primary source work on Aghvan history, which shed light on a 1,000-year statehood history of the Albanian state, appears to be one the leading sources of the rich historical literature that had been shaped since the fourth century BC. The Albanian (Aghvan) Czar Urnayir converted to Christianity in 313-314, at the same time as the Roman Empire. As indicated in the archival documents of Czarist Russia, the first churches and monasteries opened in Azerbaijani lands were apostolic churches, rather than sectarian as the Armenian Gregorian Church during the occupation.

The Ganjasar (Gandzasar) monastery, built by the Mehrani, who developed entirely on the historical and cultural tradition of Aghvan with its architectural style, church hierarchy, and ritual system, also served as a Christian center of the region for centuries. It is a historical fact admitted by Armenian historians that the Armenian Church, which moved from Cilicia to Echmiadzin in 1441 under the auspices of the Garagoyunlus, another Azerbaijani Turkic state, continued to operate under the religious influence of Ganjasar for a long time. Even in 1766, the Astrakhan diocese decided to submit to Ganjasar (Gandzasar).

However, as the importance of the Echmiadzin Church increased as a consequence of the policy of active use of the Armenian card in Anatolia and the Caucasus, again at the suggestion of an Armenian delegation in Tbilisi in 1836, a czarist decree abolished the Albanian Catholicosate, and the Albanian churches were subordinated to the Armenian Gregorian Church, which paved the way for Armenization games over those monasteries as well.

When Azerbaijan gained independence, the Albanian-Udin Christian community living in Gabala also began to operate vigorously as the heirs of the Albanian rich religious and cultural heritage. At present, several historical Albanian temples, such as the Holy Elysee and the Kish Temple, are subordinate to the community.

It should be noted that the triangular, semicircular crosses one can see there are completely unique to the Albanian churches.

Isn't it a historical irony that Armenia and its patrons, who devastated the cities and villages with all their cultural monuments that existed 27 years ago, tried to give a cultural lesson to Azerbaijan, while the historical and cultural context regarding the Albanian churches in Karabagh is evident, and while in the Islamic era, within the framework of the great Turkish tolerance and the philosophy of “love that which was created for the Creator’s sake,” Turkic states such as the Seljuk, Aghgoyunlu, Garagoyunlu, Safavid, Ottoman and Afshar respectfully preserved all the churches and temples, including the Albanian churches there, up to now?

I wonder what a cunning plan Armenians are pursuing by showing the world images of Azerbaijanis reciting the azan in a church building constructed in 2017 in the occupied Jabrayil region, where not a single Armenian lived from the czarist regime to the Soviets. I felt the need to respond to France, which especially made an unfair hue and cry by relying on Armenian lies, citing the words of famous French historian Jean-Paul Roux.

He wrote in his book "History of the Turks, 2,000 years from the Pacific to the Mediterranean": "The place of the Turks in human history is fundamental, it is impossible to write the history of humanity without giving them a large space, to neglect traces of their great culture from the Taj Mahal in Babur India to the Mostar Bridge in the Ottoman Balkans."