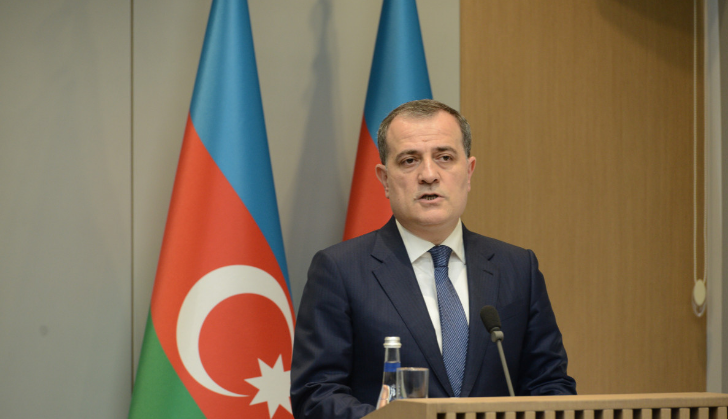 "This visit is very important for both countries. This is a manifestation of high-level dialogue," said Foreign Minister Jeyhun Bayramov at a press conference held following the meeting with Ramtan Lamamra, Minister of Foreign Affairs and National Community Abroad of the People's Democratic Republic of Algeria, News.az reports.

Jeyhun Bayramov said he held one-sided and extended with his Algerian counterpart: "We held extensive discussions on cooperation at the bilateral level and within the framework of international organizations. I once again congratulate Algeria on the 60th anniversary of its independence. The Speaker of the Algerian Parliament also participated in the Baku conference on establishing the Parliamentary Network of the Non-Aligned Movement. In general, Algeria, one of the founders of the Non-Aligned Movement, is very active and supports Azerbaijan's initiative as chairman. Two weeks ago, Algeria also actively participated in the founding conference of the youth organization of the Non-Aligned Movement,' Azerbaijani Foreign Minister stated.