Ali Hasanov: Azerbaijan will never give up principle of territorial integrity 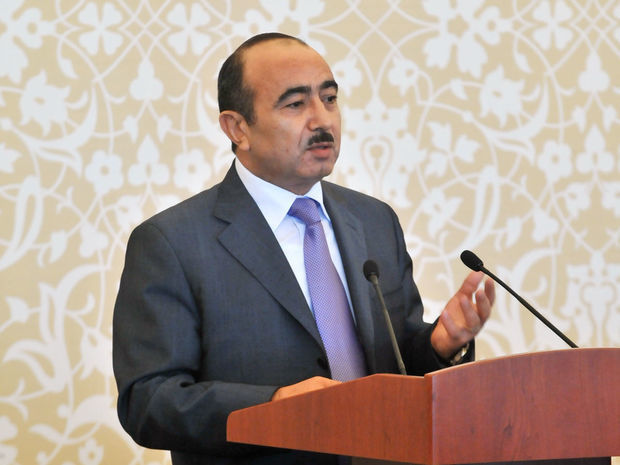 “Azerbaijan has already expressed its stance on the Nagorno-Karabakh conflict to the OSCE Minsk Group co-chairs, the UN Security Council, the Council of Europe and the international community. The position is that Azerbaijan’s territorial integrity must be restored, refugees and internally displaced people must return to their homes, and the norms of international law must be observed,” said Hasanov commenting on the OSCE Minsk Group co-chairs’ visit to Azerbaijan.

“Of course, we understand the compromise, the various positions of the co-chairing countries and international organizations on this issue. But the most important is the matter of territorial integrity, the inviolable principle of international law, which Azerbaijan will never give up,” he said.

As repeatedly stated by President Ilham Aliyev, Azerbaijan will go no compromise on its territorial integrity, stressed Hasanov.

He added that Azerbaijan is also ready to achieve constructive peace in the region.

The presidential aide said that the next visit of the OSCE Minsk Group co-chairs to Azerbaijan is aimed at clarifying the situation and the parties’ positions, and contributing to the resolution of the conflict on the background of rapprochement of these positions.

“We believe that the meeting held in any format is important in terms of finding common ways, and they will be found sooner or later. Otherwise, the war and liberation of Nagorno-Karabakh and other occupied territories by the Azerbaijani army are inevitable,” he added.