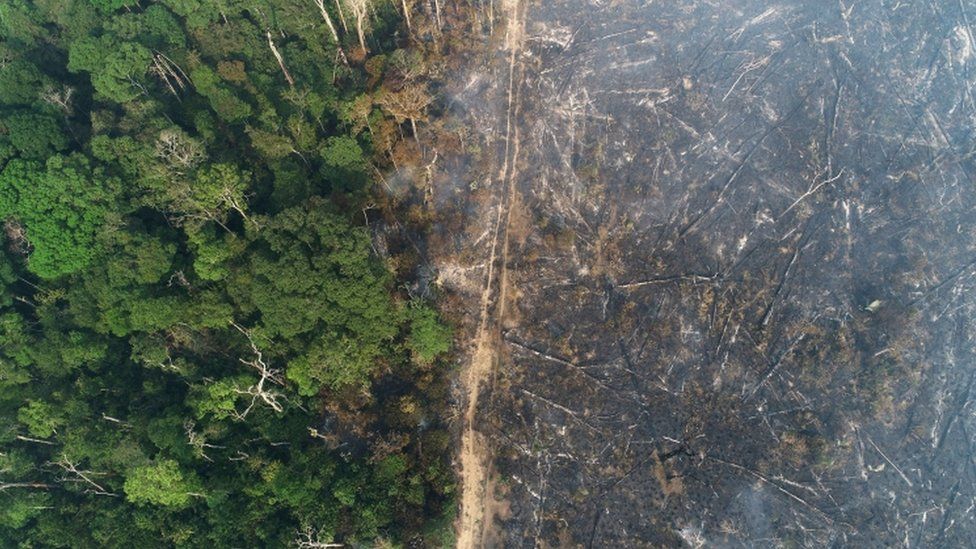 The number of trees cut down in the Brazilian Amazon in January far exceeded deforestation for the same month last year, according to government satellite data, News.Az reports citing BBC.

The area destroyed was five times larger than 2021, the highest January total since records began in 2015.

Protecting the Amazon is essential if we are to tackle climate change.

Trees are felled for their wood as well as to clear spaces to plant crops to supply global food companies.

At the climate change summit COP26 in Glasgow last year, more than 100 governments promised to stop and reverse deforestation by 2030.

"The new data yet again exposes how the government's actions contradict its greenwashing campaigns," explains Cristiane Mazzetti of Greenpeace Brazil.

Greenpeace are calling on supermarkets in the UK and elsewhere to drop suppliers who are involved in deforestation from their meat and dairy supply chains suppliers.