Ambassador on Armenia polluting Okhchuchay River: German company already sold its stake in mine to local investors – EXCLUSIVE for NEWS.AZ 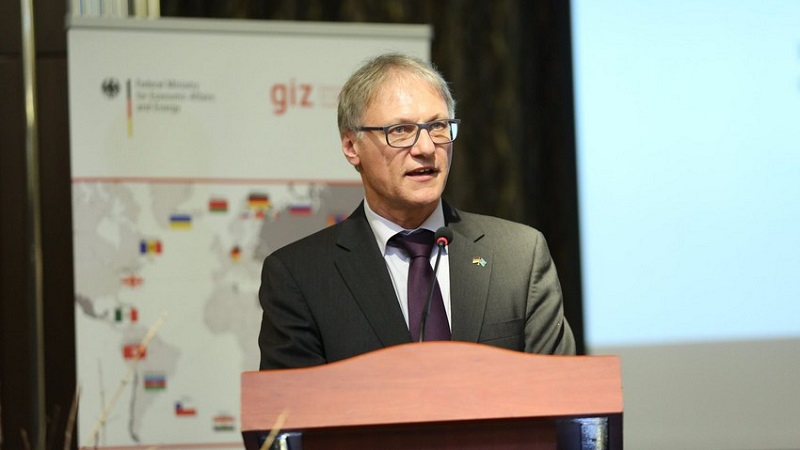 According to the information obtained by the German Embassy in Baku, a German company, which is one of the shareholders of a mine in Armenia, sold its stake to local investors in late 2019, German Ambassador to Azerbaijan Wolfgang Manig told News.Az.

“The issue of the growing level of waste discharged into the Okhchuchay River, which has been highlighted by the Azerbaijani media in recent days, is likely to be commented by the new owners of the mine [in Armenia]. The German Embassy in Baku has no information about these owners,” the diplomat said.

Manig, on behalf of the German Embassy, expressed gratitude to the Azerbaijani media for paying attention to the issue of transboundary water pollution.

He noted that the German Embassy is aware of a specific issue covered by the German media.

“For example, in 2019, Armenian eco-activists staged a protest against mining operators,” said the diplomat, stressing that the German Embassy promotes cross-border cooperation between Azerbaijani and Armenian civil societies.

The ambassador also noted that the German government is not aware of the Azerbaijani government’s involvement in this issue.

“Bundestag members did not appeal to the government in this regard,” he concluded.

As earlier reported, the transboundary river Okhchuchay is constantly polluted in Armenia by wastes from the Gafan and Gadjaran mining industries, playing the role of a collector of industrial waste.