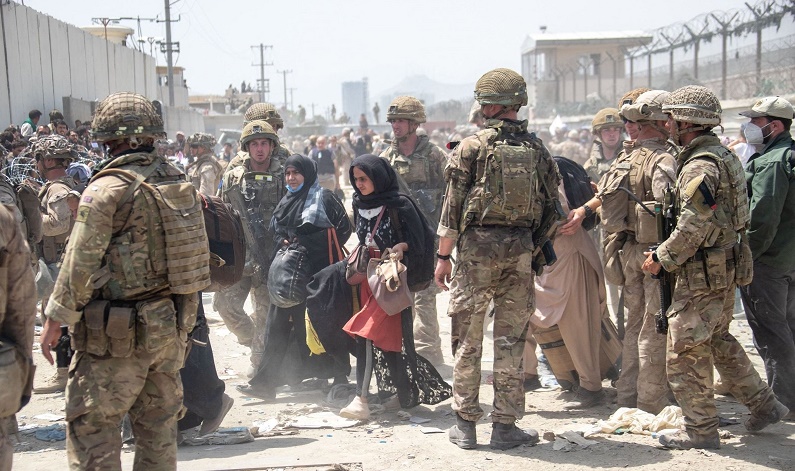 Citizens of the United States are estimated to pay a total of $6.5 trillion in interest costs for their country’s wars in Afghanistan and Iraq by 2050, a report by the Associated Press (AP) has shown, Daily Sabah reports.

“The nearly 20-year American combat mission in Afghanistan was the United States’ longest war. Ordinary Americans tended to forget about it, and it received measurably less oversight from Congress than the Vietnam war did. But its death toll is in the many tens of thousands, and generations of Americans to come will be burdened by the cost of paying it off,” the AP’s Ellen Knickmeyer said in a report published on July 12.

According to the piece, the estimated amount of direct Afghanistan and Iraq war costs that the United States has debt-financed as of 2020 stands at $2 trillion, while an equal amount to that figure in interest costs will also be spent by 2030.

The AP reporter also said in the report that estimated interest payments on that $2 trillion so far, based on a higher-end estimate of interest rates, stand at $925 billion.

“As the U.S. commander for Afghanistan, Gen. Scott Miller, relinquished his command in Kabul on Monday, here’s a look at the U.S.-led war in Afghanistan, by the numbers,” Knickmeyer said in the report released by the wire service prior to Taliban’s takeover in Afghanistan.

According to the report, the number of American service members killed in Afghanistan through April stands at 2,448 while the death toll for U.S. contractors hit 3,846.

The number of casualties among the Afghan national military and police has surpassed 66,000 while a whopping 47,245 Afghan civilians have been killed so far, according to the AP.

In addition, 1,144 people from other allied service members, including other NATO member states also fell victim to the war while 444 aid workers and 72 journalists have also been killed.

U.S. President Joe Biden previously said the U.S. military operation in Afghanistan will end on Aug. 31, delivering an impassioned argument for exiting the nearly 20-year war without sacrificing more American lives even as he bluntly acknowledged there will be no “mission accomplished” moment to celebrate.