Ankara, Tehran need to fight against terrorism in solidarity – Erdogan 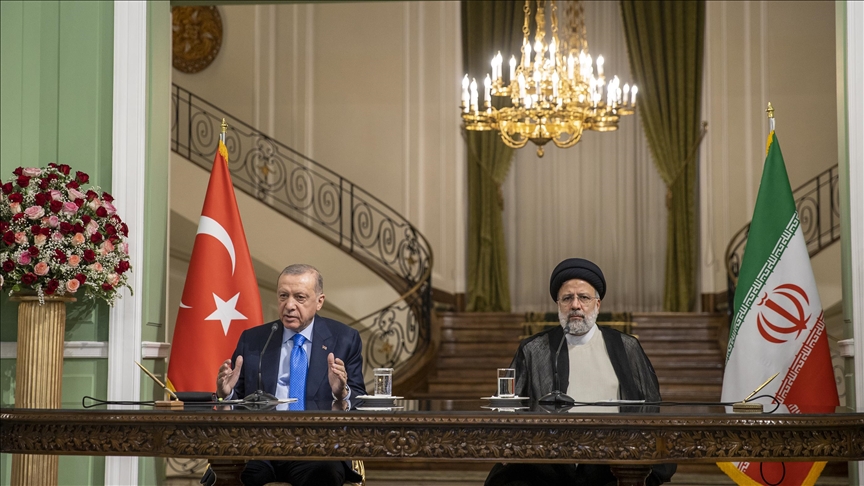 Erdogan made the remarks while speaking at a joint press conference with his Iranian counterpart Ebrahim Raisi in Tehran, News.Az reports citing local media.

The president noted that PJAK, PKK, PYD, YPG, and FETO terrorist organizations are troublemakers both for Türkiye and Iran.

“As you know, we have now included them in the NATO records. They are troublemakers that disturb the peace in whatever country they are in. Therefore, we need to continue our struggle against them in solidarity,” Erdogan added.

Later in the day, Erdogan, Raisi, and Russian President Vladimir Putin will meet for the 7th Trilateral Summit Meeting in Astana format to discuss the latest developments in Syria, and fight against the terror groups, particularly the YPG/PKK and Daesh/ISIS.